Donovan Sung, Xiaomi’s Global spokesperson announced on Twitter that the company will launch the Mi 8 Pro in the international market soon 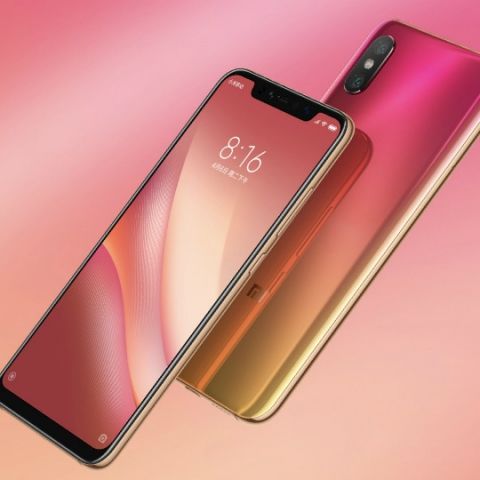 Update: After Donovan Sung, Xiaomi’s Global spokesperson took to twitter to announce that the Chinese tech giant will launch the Mi 8 Pro internationally soon, another company executive has confirmed that the company will soon bring the devices to other parts of the world. Wang Xiang, who is a Senior Vice President at the company, announced the development on Twitter.

These two devices will make their way around the world soon, and I can’t wait to see more global users enjoy the best features from the Mi 8 series through these two amazing smartphones! https://t.co/zZnKd1V5Sg

If you are looking forward to getting your hands on the Mi 8 Pro, then you may not have to wait long. Donovan Sung, Xiaomi’s Global spokesperson took to twitter to announce that the Chinese tech giant will launch the Mi 8 Pro internationally soon.

The Mi 8 Pro is powered the Qualcomm Snapdragon 845 clocked at 2.8GHz. That’s coupled with up to 8GB of RAM and 128GB non-expandable storage. The Mi 8 Pro touts a 6.21-inch Full HD+ AMOLED display with an 18.7:9 aspect ratio. Apart from the in-display fingerprint sensor, the Mi 8 Pro also sports an IR-based face unlock that we have previously seen in the Poco F1. Because of that, the flagship phone has a wider notch that others. The phone also incorporates the transparent back design seen first on the Mi 8 Explorer Edition and the HTC U12 Plus. The phone runs on Android 8.1 Oreo with MIUI on top.

As for the optics, the Mi 8 Pro sports a 12MP+12MP dual rear cameras. The primary camera has an aperture of f/1.8 while second camera has an aperture of f/2.4. The camera is bolstered with AI-centric features like scene recognition, AI studio light and the likes. On the front is a 20MP shooter that can apply 3D beauty effects, AI portrait mode and more. The Mi 8 Pro has a 3,000mAh battery powering the whole thing. There is no information available about the India launch or price of the Mi 8 Pro.

In other Xiaomi new, the company has confirmed that it is launching the third generation of the Mi band in India on September 27. You can read more about the Mi band 3 here.

#Mi8Pro unboxing shots. This gorgeous phone comes with in-display fingerprint technology and is available in multiple colors, including an edition with a transparent back.

Launching soon in our global markets across the world! ❤️#Xiaomi #unboxing pic.twitter.com/tWEefavSyQ