Samsung Galaxy S9, S9 Plus to launch in India on March 6 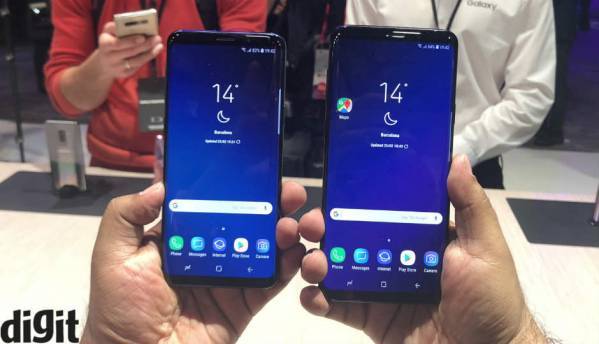 The company has sent out invites for an event and its online Samsung Shop portal has already commenced taking pre-orders for the smartphones.

Samsung is sending out invites for the launch of its latest flagship smartphone, the Galaxy S9 and S9 Plus in India. The smartphones are currently up for pre-orders on the Samsung Shop website and as per the company's invite, they will be officially launched in the country on March 6. Customers will also be able to pre-order the devices from Flipkart starting 2PM on March 6. The Galaxy S9 and S9 Plus smartphones were showcased at the Mobile World Congress 2018 and they sport major internal improvements over their predecessors, even though not much has changed in terms of overall design, except for the fingerprint sensor which is now placed centrally on the rear. The Galaxy S9 devices are powered by the latest processors available and also come with camera setup supporting variable aperture. The mobile phones will go on sale from March 16 globally and are also expected to be available in India from the same day. 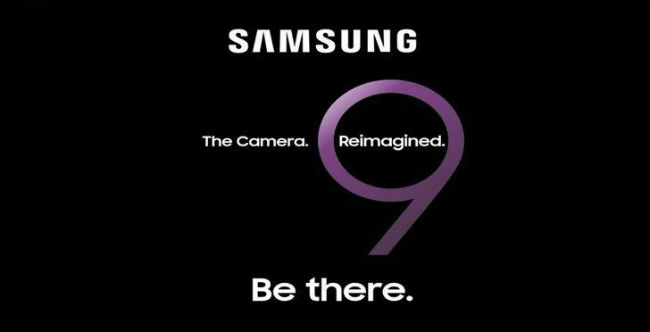 As mentioned earlier, the Galaxy S9 is already up for pre-bookings on the company’s online shop and from select offline stores. Buyers need to pay Rs 2,000 in order to pre-book a unit and it should be noted that online, both the devices are available in Midnight Black, Lilac Purple, and Coral Blue colour variants. However, the 256GB storage variant of both the smartphones is only available when one selects the Midnight Black variant. Rest of the three colour models are available with 64GB ROM. You can learn more about how to pre-register for the smartphones here.

The Galaxy S9 will features a 5.8-inch Super AMOLED 18.5:9 display, whereas its bigger variant, the Galaxy S9 Plus, features similar panel technology and aspect ratio, but with a bigger 6.2-inch display. As we noted in our first impressions of the smartphones, the display on both devices are near perfect with just the correct colour temperature and sharpness. The touch response is also smooth and the colours are rendered almost true to source.

Both the smartphones will be powered by the company’s own Exynos 9810 SoC in India and some other regions, and will be launched running on the Qualcomm Snapdragon 845 SoC in the US. The Galaxy S9 and S9 Plus comes with 4GB and 6GB RAM respectively, which can be paired with 64GB, 128GB and 256GB internal storage options. The ROM can be further expanded up to 400GB using a MicroSD card. The smartphones retain the 3.5mm headphone jack, which puts them at an advantage over their competitors.

Both the Galaxy S9 and S9 Plus feature a variable aperture lens. It enables for switching between f/1.5 and f/2.4 for capturing better low-light and regular images respectively. The Galaxy S9 sports a single 12MP rear camera with OIS (F1.5/F2.4) whereas the Galaxy S9 Plus sports a 12MP dual camera setup, where one is a wide angle lens and another one is a 12MP telephoto lens. Each smartphone comes with an 8MP front facing sensor with f/1.7 aperture lens and the rear camera on both devices support Super Speed Dual Pixel autofocus.

As expected from a flagship, the camera app boots in a flash and is easy to switch between various modes. It also comes with a Slow-mo capture mode, similar to the Xperia flagships, and is capable of recording impressive 960fps slow-motion videos. The Galaxy S9 and S9 Plus are backed by 3,000mAh and 3500mAh battery respectively. You can learn more about what the devices offer in our first impressions here and a detailed breakdown of how the cameras on the smartphones work here.