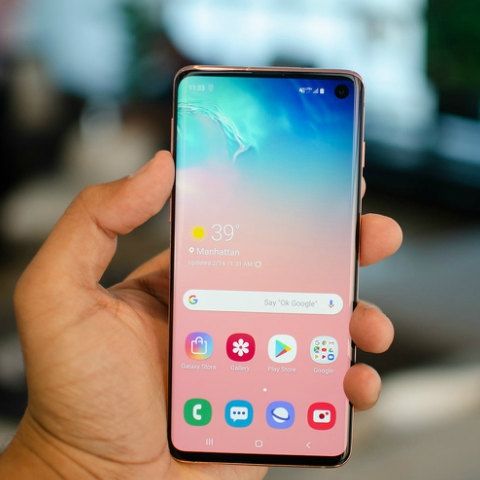 Samsung has started to roll out a major update to all the three phones belonging to the Galaxy S10 series. The update brings the Android security patch for the month of June as well as enhancements to Bluetooth and the camera on the phones. Apart from these, the update also brings vibration feedback to One UI’s navigation gestures. This means that the Galaxy S10e, Galaxy S10, and Galaxy S10+ owners will notice that their devices vibrate every time they go back, go to the home screen, or access the recent apps screen using the navigation gestures.

These vibration for the navigation gestures will work only if a user has enabled the touch vibration feature on the device. To enable the feature, you need to go to Settings > Sounds and vibration > System sounds and vibration, and enable the setting. The update is being rolled out in several markets, including India, Germany, France, the Netherlands, the UK, Sri Lanka, Vietnam, and Thailand. You can download it over the air by tapping the Download and Install option in the Software update menu in the Settings app.

In the last major update, Samsung fixed some camera related issues. When the Galaxy S10 series of phones was launched, the Super Night Shot was a bit problematic, and it didn’t activate in most scenarios (Galaxy S10+ Review). The update brought tweaks to this functionality and Samsung claimed it makes photos shot in low-light conditions less noisy. Further, phone owners could also use the ultra-wide f/2.2 camera in Night mode. Samsung also expanded the Live Focus feature support to telephoto lenses on the Galaxy S10 and Galaxy S10+ smartphones.