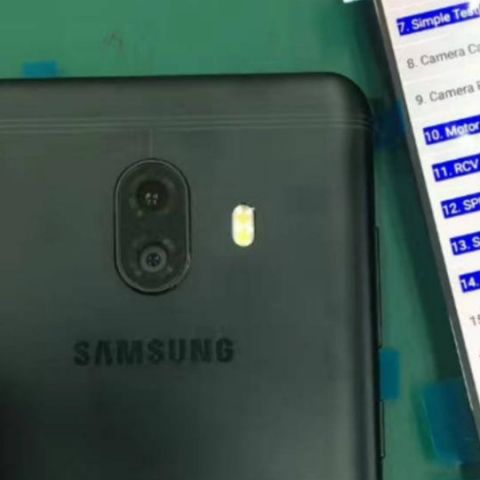 While all eyes may be on the Galaxy Note 8 and its rumoured dual camera setup, it seems like it won’t be the only dual-camera toting smartphone in Samsung’s kitty. Twitter user, @mmddj_china has posted an image of a smartphone said to be the Galaxy C10. The image shows the rear phone with two cameras stacked vertically, with the dual LED flash to the side. The image also shows a dedicated Bixby button, suggesting that Samsung may finally bring its AI-based assistant to its non-flagship devices.

The leaked image also looks almost exactly the same as the renders that were leaked back in May, right down to the design of the antenna lines. The Samsung Galaxy C10 is tipped to feature a 5.7-inch display and may be 7.68mm thick. Other details about the smartphone are not yet known.