Samsung Galaxy A70 goes up for sale in India: Price, specs and all you need to know 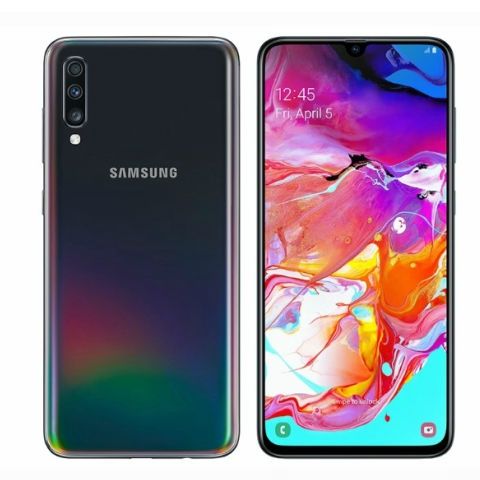 Samsung Galaxy A70 now available for purchase in India.

The smartphone comes with 6GB RAM and 128GB of internal storage.

The phone is powered by the Snapdragon 675 platform.

Samsung Galaxy A70 was launched in India in April and the phone is now up for sale in the country. The smartphone maker has revamped its strategy and is now introducing new features in its A-series of mid-range phones to woo customers. The Galaxy A70 is the company's latest offering in the mid-range smartphone segment. Highlights of the smartphone include an FHD+ Super AMOLED Infinity-U display and a 4500mAh battery. Similar to the Galaxy A50, the Galaxy A70 also comes equipped with a triple camera setup on the back.

Samsung decided to equip its Galaxy A70 with the Snapdragon 675 platform in India and it comes with 6GB RAM and 128GB of internal storage. There’s also an 8GB RAM/128GB storage version of the device, which Samsung might announce later in India. The storage on the Indian variant of the Galaxy A70 is expandable up to 512GB via a microSD card. The Galaxy A70 features a 6.7-inch FHD+ Super AMOLED Infinity-U display, which means it sports a waterdrop notch on the top that houses the 32MP front camera with f/2.0 aperture.

In terms of optics, the Samsung Galaxy A70 is equipped with a 32MP camera with an f/1.7 aperture, along with an 8MP ultra wide-angle lens with 123-degree field of view. The third 5MP depth sensor helps capture bokeh images on the device. The smartphone is backed by a 4500mAh battery with support for 25W Super-Fast Charging technology and a USB Type- C port. It runs on Android 9 Pie and also comes with a 3.5mm headphone jack.

The Samsung Galaxy A70 is available for purchase via Flipkart and Samsung online shop for Rs 28,990. It comes in Black, Blue, and White colour variants. One can also buy the phone offline from Samsung Opera House and retail stores. Launch offers on the phone includes a Rs 2,000 cashback when buying it via an ICICI Bank credit card. When purchasing the phone via Samsung Online Shop, one can also avail a cashback of Rs 2,000 when buying the phone using HDFC Bank Credit Card EMI option.