Realme CEO threw shade at the Redmi Note 7 Pro for being unable to run the game. 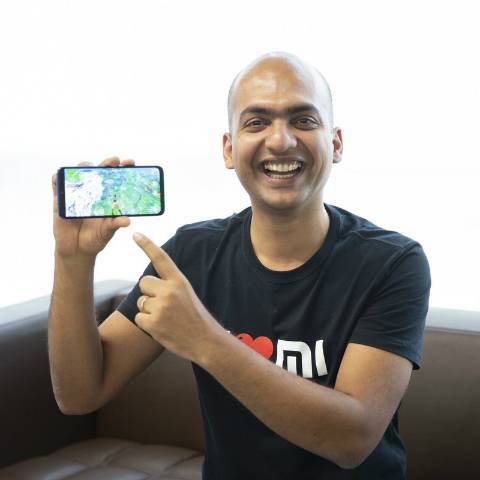 The Realme 3 Pro smartphone recently went up for sale in India, but the company’s CEO, Madahv Sheth, was teasing the phone until its launch. In one of his promotional tweets, the company executive took a jab at Xiaomi’s Redmi Note 7 Pro smartphone by saying that some latest "Pro" devices can’t run the popular online multiplayer game Fortnite, while the Realme 3 Pro is capable of doing so out-of-the-box. Xiaomi has now responded to the jab by rolling out the MIUI 10.2.10.0 update for its Redmi Note 7 Pro, which adds Fortnite support on the device. Redmi Note 7 Pro users will now be able to run Fortnite on the phone, but there’s no information on what settings the title runs at on the device.

The update comes just a couple of weeks after Xiaomi announced that it is working with Qualcomm and Epic Games. The company said it is working on getting the Redmi Note 7 Pro tested and certified to run Fortnite. The phone maker said that being a new chipset, Epic Games didn’t get an opportunity to test the Snapdragon 675, which powers the phone, and certify it. Xiaomi has not detailed what other changes are brought about with the latest MIUI 10.2.10.0 update. The previous update for the device was rolled out with the global ROM of MIUI 10 V10.2.8.0.PFHINXM and it promised to improve the device’s camera quality.

The previous update for the Redmi Note 7 Pro is supposed to improve the sharpness of images captured in 48MP and 12MP modes. An issue of underexposed images being clicked in portrait mode should also be fixed, along with some improvements in details captured when shooting in low light and image brightness. Further, indoor AWB (auto white brightness). The Android security patch of the phone has also been updated to March. The device also gets some bug fixes and optimisations. You can read more about the update here.