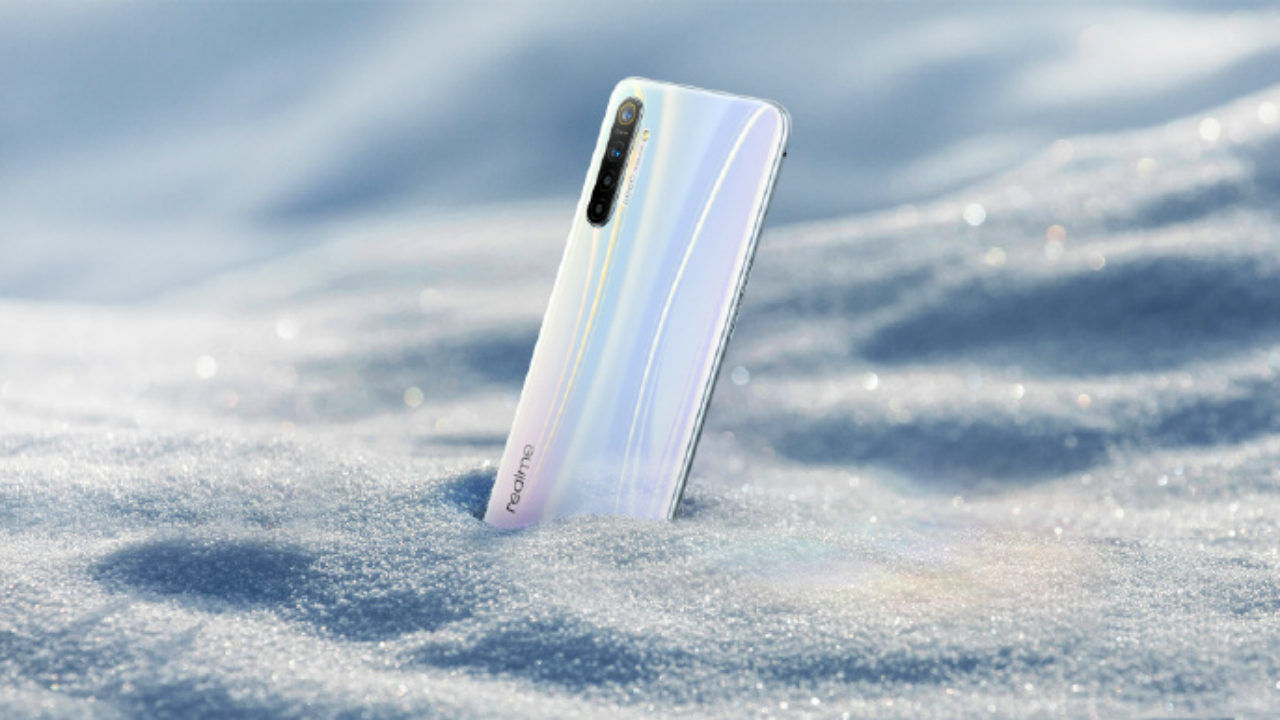 Realme has posted an official render image of the upcoming Realme XT smartphone.

The handset will come equipped with a 64MP camera sensor.

Alongside Realme, Xiaom is also gearing up to launch its Xiaomi Redmi Note 8 Pro handset with a 64MP camera.

Realme recently launched its mid-range Realme 5 series of smartphones in India. At the tail end of the launch, the company said that it will announce a new 64MP camera smartphone in the country by the end of September or early October. Now, the company’s CMO, Xu Qi Chase has revealed the handset’s design in an image ahead of the official unveiling in a Weibo post. The image shows off the upcoming 64MP camera phone by the company and it is clear that the handset will feature a quad-camera setup on the back, and in a Silver White colour variant.

The cameras are vertically stacked on the upper left corner of the Realme XT’s rear panel. The Realme logo is also present on the lower-left corner. The back panel sports a gradient design, which seems to be reflecting different colours when glanced at from an angle. One thing to note is that there’s no fingerprint sensor on the phone’s back, which suggests that there could be an in-display fingerprint sensor. It means that the handset could come equipped with an AMOLED display panel. The 64MP sensor on the Realme XT is Samsung’s latest ISOCELL Bright GW1 sensor that works alongside an ultra-wide-angle camera, a depth sensor and a macro shooter.