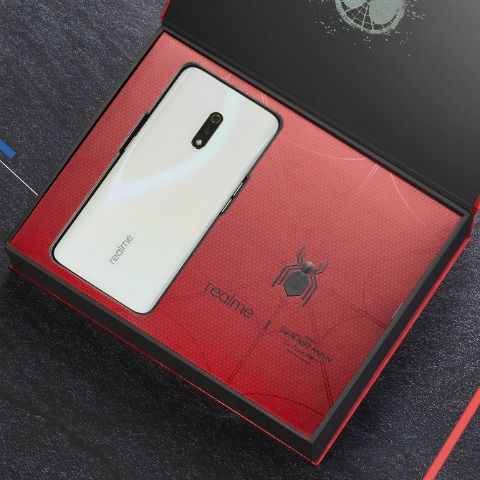 The phone will officially launch on July 15 in the country.

A day ahead of Spider-Man: Far From Home India premiere, Realme has introduced the Realme X Spider-Man Edition in India. The phone will officially launch on July 15 in the country, and the company will also unveil the Onion and Garlic special edition of the handset. The smartphone comes in a special gift box with a limited edition protective case and a preinstalled ColorOS 6 Spider-Man theme. The theme includes customised wallpapers and icon packs.

“Our dynamism and focus on innovation reflects in our latest brand tagline, Dare to Leap. This brand proposition also resonates with Spider-Man, a superhero who has stood out amidst a galaxy of superstars and made his own place in the hearts and minds of people across the globe. With the launch of realme X Spider-Man edition and the special gift box, we are celebrating this shared synergy and giving our customers a chance to have a deeper engagement with their friendly neighbourhood superhero,” Madhav Sheth, Co-founder and CEO at Realme, said in a statement. 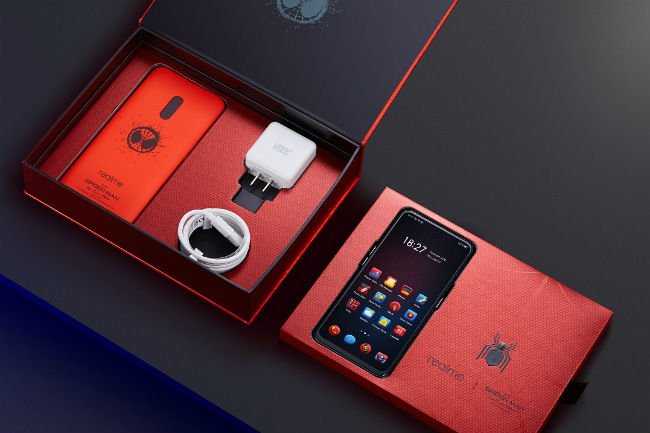 The Realme X sports Gorilla Glass 5 protected 6.53-inch AMOLED display provided by Samsung. Realme claims that the phone has a 91.2-percent screen-to-body ratio. The phone features a sixth-generation optical in-display fingerprint sensor, which is claimed to be 65-percent faster than the previous generation.  The phone is powered by a 3765mAh battery with VOOC 3.0 support.

Under the hood, the phone comes equipped with a Qualcomm Snapdragon 710 processor, along with a copper-pipe cooling that is claimed to reduce the temperature by 15.2 percent while gaming. There is no info on the RAM and storage variants. In China, the phone was made available with up to 8GB RAM and 128GB storage. When it comes to the camera, the Realme X is equipped with a 48MP Sony IMX 586 sensor with a 6P lens. There is a 5MP secondary sensor, and the module is completed by an LED flash. On the front is a pop-up 16MP Sony IMX471 sensor with f/2.0 aperture lens.