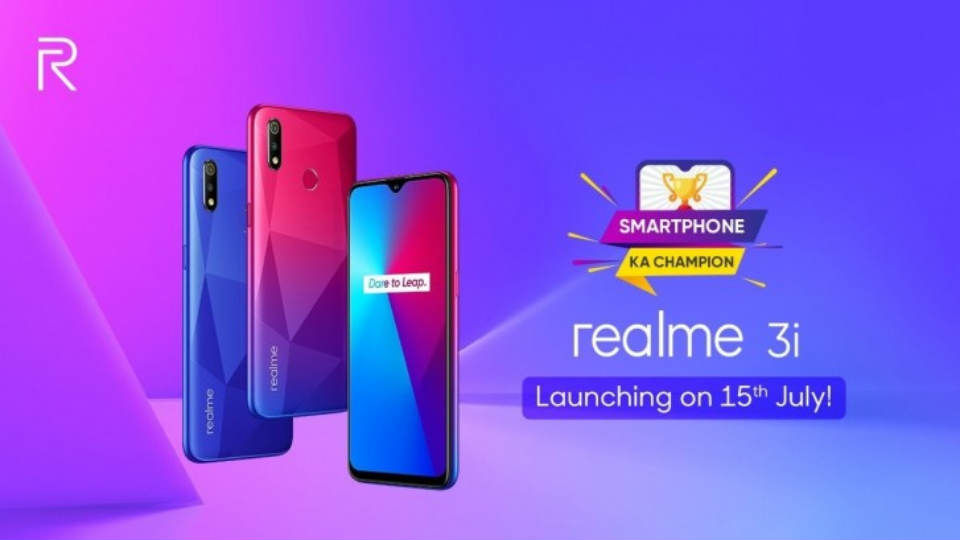 Realme will launch the Realme X and the Realme 3i in India today at 12:30pm.

Realme X is the flagship phone from Realme, which was launched in China in May.

Realme’s flagship device is finally coming to India. The Realme X(₹ 14999 at amazon) was launched in China way back in May, but there was no word about the India launch then. Now, the Oppo sub-brand is all ready to launch the Realme X in India at 12:30 pm. While the flagship smartphone was out a couple of months ago, the Realme 3i(₹ 7999 at flipkart) will be launched for the first time. The latter is supposedly a more affordable version of the Realme 3. For those who want to watch the smartphone launches, Realme will be live streaming the whole event on its company website.

Coming to the details of smartphones, the Realme X was launched in China at a starting price of CNY 1,499, which equals to approx Rs 15,300 when converted directly. The flagship smartphone is a premium mid-range handset featuring a 6.5-inch FHD+ AMOLED display with an aspect ratio of 19.5:9, which gives it over 91-percent screen-to-body ratio. This is the first time Realme is offering a smartphone with a notchless display.

As for the Chinese variant, the Realme X is powered by a Snapdragon 710 processor, paired with up to 8GB RAM and up to 128GB of inbuilt storage. On the optics front, it features a dual camera setup on the rear: a 48MP Sony IMX586 main camera and 5MP secondary sensor. Additionally, the pop-up mechanism houses a 16MP camera. The same variant is reportedly coming to India as well.

Talking about the Realme 3i, the phone was mostly a mystery until Flipkart revealed some teasers with a bunch of information. The phone is said to feature a diamond-cut rear panel, which was last found on the Realme C2, a 6.2-inch Dewdrop display, and would be powered by a Helio P60 chipset. Moreover, the phone will reportedly pack a 4230 mAh battery. We should know more details about the phone during the launch event today.

The Realme X and the Realme 3i will be launched at 12:30pm in India today. You can watch the livestream of the event on Realme.com/in as well as on the company's Facebook page. The pricing will be revealed during the event as well.