Realme 3i to come with the Helio P60 chipset, dual rear cameras, and 4230mAh battery 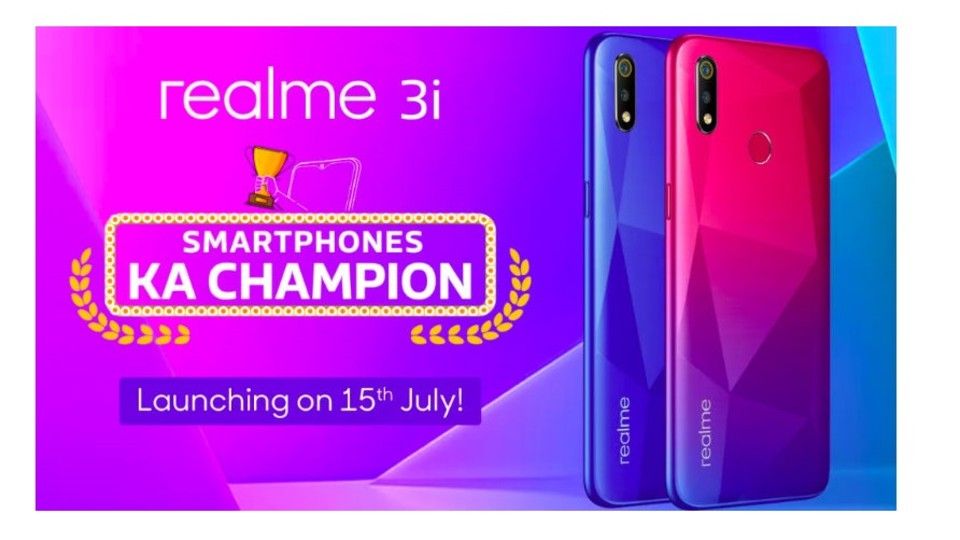 The Realme 3i teasers on the Flipkart app reveal some of its specifications.

The handset will be up for sale on July 15 at 12pm via Flipkart, and Mi.com.

Realme is all set to launch the Realme 3i along with the Realme X on July 15 in India. Just a few days before the launch, a teaser of the Realme 3i was spotted on Flipkart’s app, which has revealed some specifications of the phone. The teaser reveals two gradient finishes for the phone: red and blue. Additionally, it has a Diamond Cut back panel that was introduced in the Realme 1. Moreover, the phone will feature a dual-rear camera setup with a fingerprint scanner placed below.

The latest Realme 3i teasers on the Flipkart app reconfirm July 15 as the phone's launch date. Furthermore, the dual camera setup will be aligned vertically. In addition, Realme is hosting a Realme 3i Challenge, which hints at the battery capacity of the phone. The handset is rumoured to pack a 4,230 mAh battery and is touted to run on the Helio P60 processor.

The listing also revealed that the Realme 3i will run on Android Pie out of the box. In terms of memory, the phone is expected to come with 4GB RAM. The Flipkart teaser page of the phone also confirmed the presence of a 6.22-inch display with a waterdrop notch design.

The Realme 3i is likely to be the cheaper variant of the Realme 3, which was launched earlier this year at a starting price of Rs 8,999. Hence, the price of Realme 3i is expected to be lower than Rs 8,000. The phone will go on sale along with the Realme X in India on July 15 at 12pm.