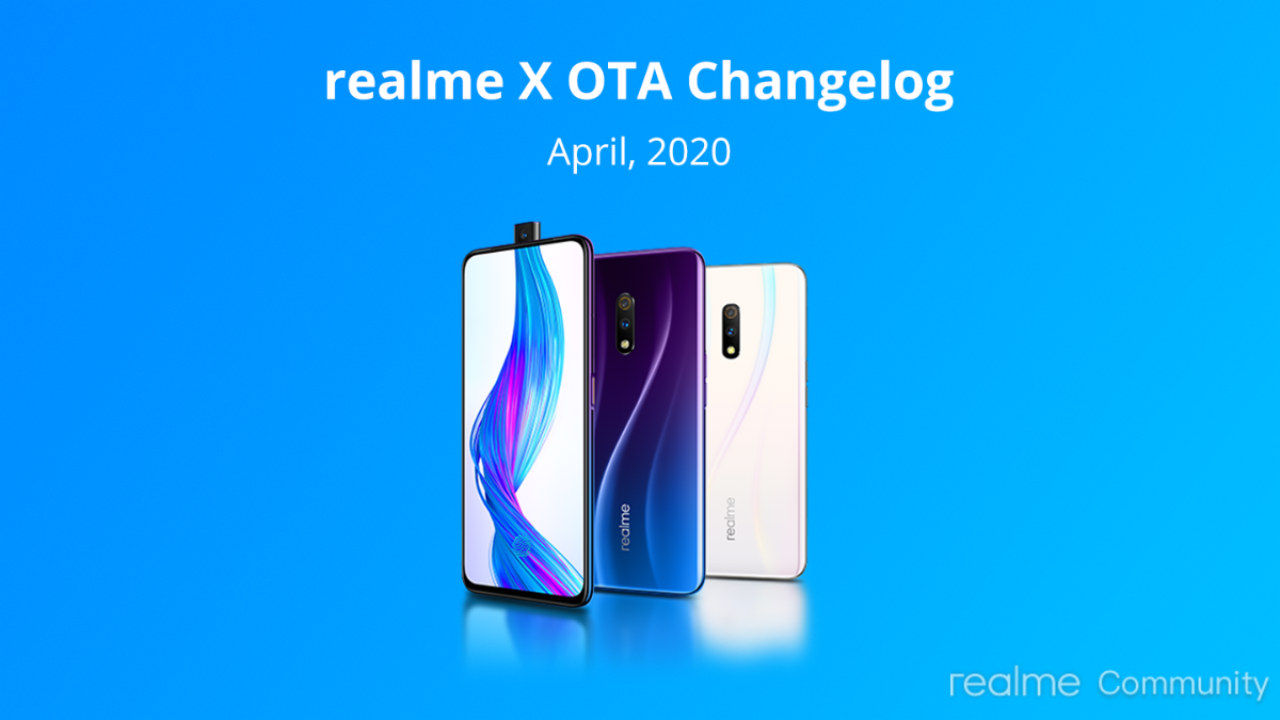 The Realme X is receiving a new OTA update

It also includes a bunch of changes and fixes

Realme has announced that its Realme X smartphone is receiving a new OTA update that will include the April Android security patch. The announcement was made on Realme’s official forums. The update has the version name RMX1901EX_11.C.03 and should be available to all users over the coming days

As mentioned earlier, the update brings with it the April Android security patch. However, there are also a bunch of new additions, changes and fixes.  The new update adds a decimal point display to the charging animation. It also added a new DocVault ID features. As far as fixes go, the update has optimised audio quality for third-party apps. It also adds an arrow to the right of the list of recent location information requests in dark mode. Further issues of the prompt tone appearing every time the client is playing music and the alarm automatically being turned off after being cleared by the background task have also been fixed.

The Realme X was launched in India in 2019 and features a 6.53-inch Super AMOLED display with a 19.5:9 aspect ratio, and 2340x1080p resolution. The smartphone is powered by the Snapdragon 710 chipset and offers up to 8GB RAM and 128GB of internal storage.

In terms of optics, the Realme X features a dual-rear camera setup that includes a primary 48MP Sony IMX586 sensor and a secondary 5MP depth sensor. It offers features like Nightscape and Chroma Boost.  Additionally, the 16MP front camera resides in a pop-up mechanism. Realme says that the pop-up camera rises in just 0.74 seconds and has a fall-detection feature.

The phone packs a 3745mAh battery, which supports 20W VOOC-charge technology. Other features include an in-display fingerprint scanner and Dolby Atmos audio.

You can check out our review of the phone here.