Realme has announced that it will introduce its next-generation fast charging solution on July 16. The Realme Dart Charge has been leaked previously. Realme could now announce 120W fast charging system 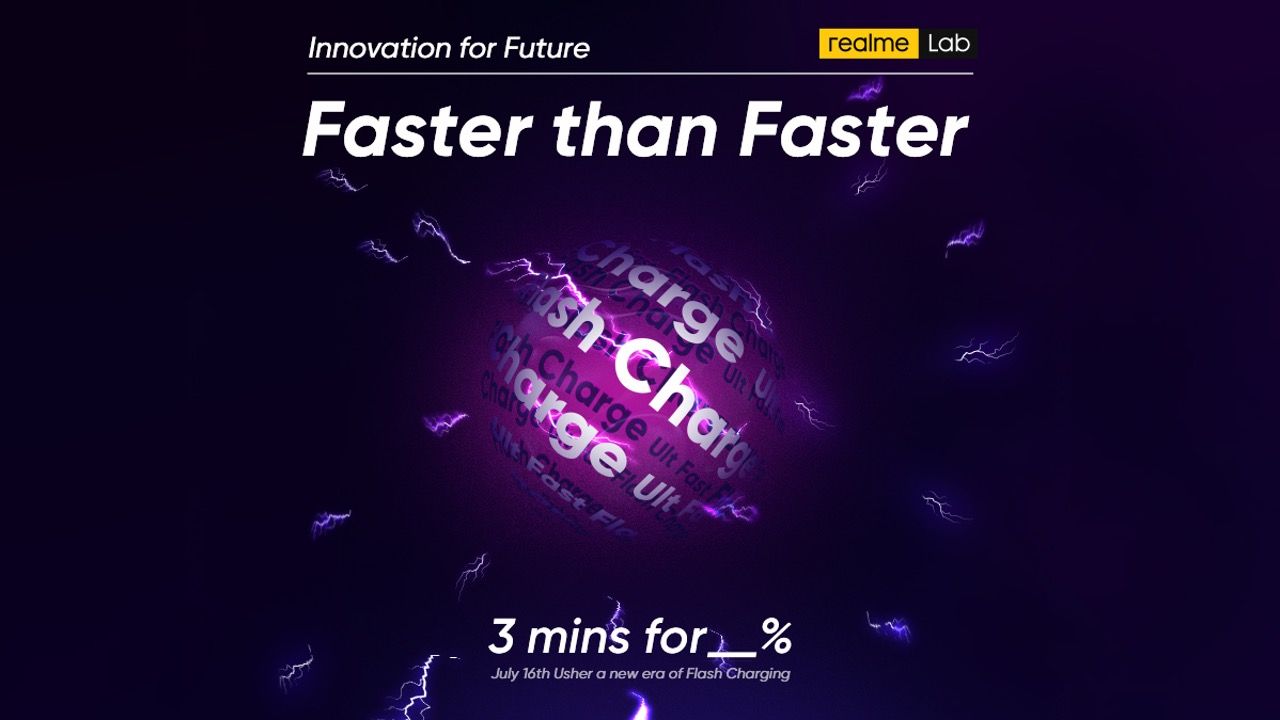 Realme has announced that it will introduce it’s next-generation fast charging solution on July 16, just a day after Oppo unveils its 125W fast charging technology. Realme CEO Madhav Sheth has revealed that the company is working on a new and upgraded fast charging system which is rumoured to be called Ultra Dart Charge or Super Dart, according to a tip.

Realme’s Ultra Dart fast charging solution has been leaked previously by tipster Ishan Agarwal and it can reportedly charge “1/3rd of a 4,000mAh battery in just 3 minutes” at 120W amperage.

A 120W fast charger demo by Vivo last year saw a phone with 4,000mAh battery recharge from 0-50% in just 5 minutes and from 0-100% in 13 minutes tops. We could expect similar if not better performance from Realme’s upcoming Ultra Dart / Super Dart fast charger.

Elsewhere, a new leak from popular tipster reveals that Xiaomi’s 120W fast charging solution has been spotted on a certification website with the model number M2007J1SC. It is expected to be a flagship phone and is rumoured to launch sometime in August. At its demo presentation in 2019, Xiaomi’s 100W fast charger was able to recharge a 4,000mAh battery in 17 minutes. However, it seems like the company bumped up the amperage and is now working on a 120W fast charging solution.

With Realme’s announcement scheduled for July 16, we’ll officially get to know how the 120W fast charging technology works, the apparent impact it has on battery, thermal management measures and more details around the charging speeds it offers. If you’re looking for the top fast-charging smartphones in India, we have compiled a list here.