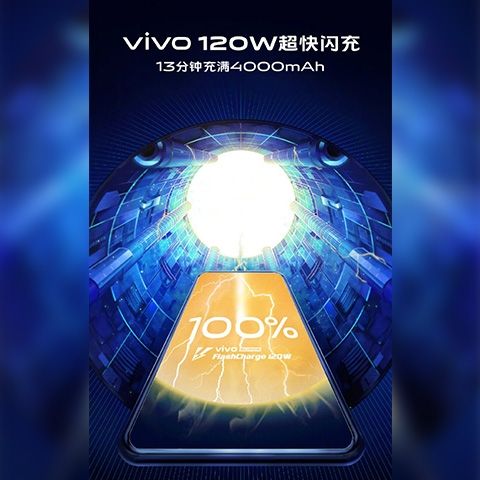 Fast charging technology is fast becoming a critical area of focus for all smartphone companies, given that not much has progressed in terms of improving battery life. We still rely on Lithium-ion batteries and there’s only so much of it that can be packed into smartphones that seek to get thinner and thinner. Hence, the solution has been to be able o recharge the batteries as fast as possible. With this context, Vivo, today, has shown off its 120-watt fast charging technology called Super FlashCharge.

The new 120 watt Super FlashCharge technology from Vivo can charge a 4000mAh battery in about 13 minutes, which is blazing fast. The demo showed the battery reaching 50 percent capacity in 5 minutes. Earlier this year, Vivo had launched the IQOO, their gaming phone which shipped with 44-watt fast charging, topping up the battery completely in 45 minutes.

Vivo has not disclosed how they achieved the 120W charging rate, or when this technology would be introduced into a commercially available smartphone. Similarly, Xiaomi too had demoed their 100 Watt fast charger, but with no word on when they would release a smartphone capable of those kinds of charging speeds.

Vivo had announced that they would reveal their first 5G smartphone at Mobile World Congress, Shanghai, which is taking place between June 26 and June 29 in China. We hope that Vivo will also showcase this new charging technology there, along with sharing more details on how it works and when can consumers expect to see smartphones with this rate of fast charging in the market.