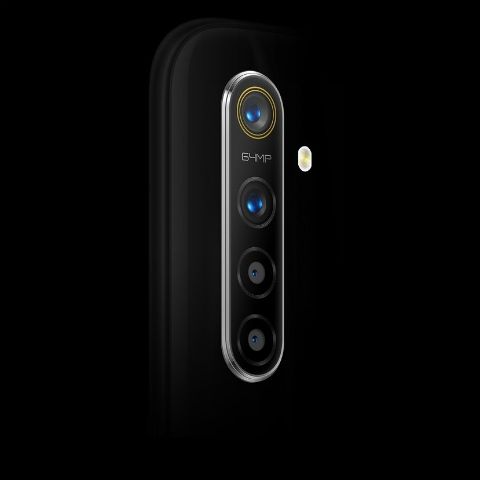 The device will have a quad-camera setup.

It will be launched in India first.

Realme is developing a phone with Samsung’s Bright GW1 sensor that has a resolution of 64MP and uses the company’s ISOCELL technology to shoot images. The announcement was made by Realme India CEO Madhav Sheth on Twitter. The executive tweeted an image which, he claims, is taken on the handset with the sensor in question. The image mentions “64MP AI Quad Camera” suggesting four cameras on the back. Sheth also announced that this particular device would be launched in India before any other market globally.

And to all our dear fans: I promise you #realme will launch this real camera beast first in India before anywhere else. #DareToLeap

Launched by Samsung Semi Conductors in May this year, this smartphone imaging sensor is capable of 4-pixel binning to yield 16-megapixel binned images. The ISOCELL Bright GW1 features the highest resolution in Samsung’s 0.8μm-pixel image sensor lineup. It is equipped with pixel-merging Tetracell technology and remosaic algorithm that lets it produce 16MP images in low-light environments and “highly-detailed” 64MP shots in brighter settings, Samsung said when it launched the sensor.

This is the third phone that has been reported to come equipped with the Samsung 64MP sensor. Earlier this month, famous tipster Ice Universe has claimed that Redmi is working on a phone with the Bright GW1 sensor. This is the same sensor that was previously reported to debut on the Samsung Galaxy A70s smartphone - a phone rumoured to be launched in the second of 2019. Additionally, the Galaxy Note 10, which is speculated to be launched in August, might not feature the GW1 sensor.

Meanwhile, another tipster shared an image on Twitter with a caption “#DareToLeap.” The image shows a quad-camera setup, which is in line with the watermark on the image that the Realme India CEO shared on Twitter. Further, “Dare to Leap” is Realme’s new tagline that replaces brand’s previous tagline, “proud to be young.”

“Dare to leap is the unifying attribute of the young generation across different eras. They grow and constantly surpass themselves, break limits and refresh the rules, and they create while constantly pushing the times forward. As a company propelled by the youngsters, we not only uniquely understand our target market but also share the same attitudes. India is one of the most dynamic and youngest markets in the world, and under our ‘India-First’ strategy, realme believe that Indian consumers has the right attitude to change the world and the brand is proud to grow side-by-side with its young fans,” Sheth said in a statement.