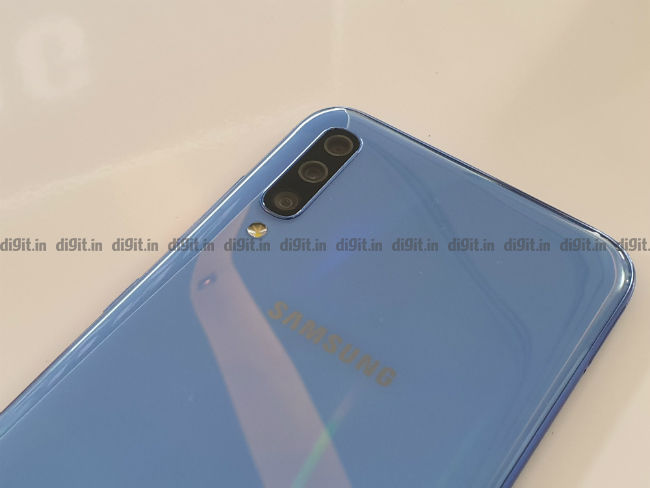 Samsung has been aggressively revamping its strategy to gain an upper hand in the Indian smartphone market. The smartphone maker has streamlined its offerings and launched a number of phones since the beginning of this year. A notable change is how Samsung is introducing flagship features to its Galaxy A-series of smartphones first, while pricing them for the mid-range or upper mid-range segment. The Samsung Galaxy A70 is one such handset that features triple-rear cameras with a 32MP main sensor priced at Rs 28,990 in India. Now, a new report suggests that the South Korean phone maker could soon launch another version of the handset, or maybe a successor, called the Galaxy A70S, which is tipped to feature a 64MP sensor.

As per an ETNews report, Samsung is planning on integrating its recently announced ISOCELL Bright GW1 64MP sensor on the alleged Galaxy A70S. This is the first report of the handset we have come across and it is rumoured that the A70S could launch in the second half of 2019. Additionally, the Galaxy Note 10, which is expected to launch in the second half of this year, might not feature the GW1 sensor. This is said to be because the company is equipping its A-series of handsets with flagship-level features first. The company will apparently commence expanding the list of suppliers for its new 64MP sensor after the launch of the Galaxy A70S.

While Sony beat everyone to the punch with its 48MP IMX586 sensor, Samsung did the same with its 64MP sensor for mobile devices. The company announced its Bright GW1 64MP sensor earlier this month, along with the ISOCELL Bright GM2, which is the successor to the company's 48MP GM1 sensor that was announced a few months ago. The new GM1 sensor can do 4-pixel binning to yield 16-megapixel binned images and the company claims it can produce bright 16MP images in low-light environments and highly-detailed 64MP shots in brighter settings.