Realme C2 goes on sale at 12pm today: Specifications, price and all you need to know 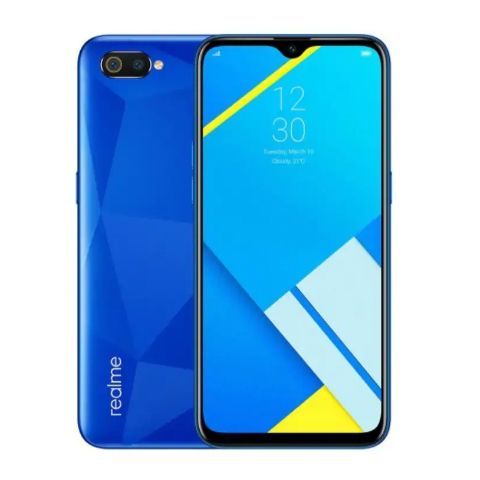 The handset will be available at a starting price of Rs 5,999.

It comes in two memory variants and three storage models.

A day after Redmi launched the Redmi 7A in the Indian market, Realme has announced the sale of its entry-level smartphone, the Realme C2(₹ 7499 at flipkart). All the three variants of the phone will go on sale on Flipkart and Realme’s online shop at 12pm today. Apart from the Redmi 7A, the phone competes with the Samsung Galaxy M10 and the Nokia 2.2 which are placed in the same price bracket. Customers can avail a 10-percent Super Cash cashback (maximum upto Rs 1000) by paying through Mobikwik wallet.

Realme C2 sports a 6.1-inch HD+ display that offers a 19.5:9 aspect ratio with a dewdrop notch. Under the hood, the phone is powered by an Octa-core Helio P22 processor and is offered in three variants: two with 2GB RAM and an option to select between 16GB and 32GB of internal storage. There's a 3GB RAM version with 32GB of storage as well. The phone supports memory expansion of up to 256GB storage. It runs on Android 9 Pie with ColorOS 6.0 on top, and is backed by a 4000mAh battery.

When it comes to the camera, the Realme C2 features a dual-rear camera setup. It features a 13MP primary sensor, which is assisted by a 2MP depth sensor. Realme says that the rear camera can shoot slo-mo videos in 80fps/480p quality. There’s also a 5MP front camera with AI Face Unlock feature. The 2GB RAM + 16GB variant of the Realme C2 costs Rs 5,999, while its 2GB RAM + 32GB variant is priced at Rs 6,999. The 3GB RAM + 32GB storage model of the handset is priced at Rs 7,999. It comes in Diamond Blue and Diamond Black colours.