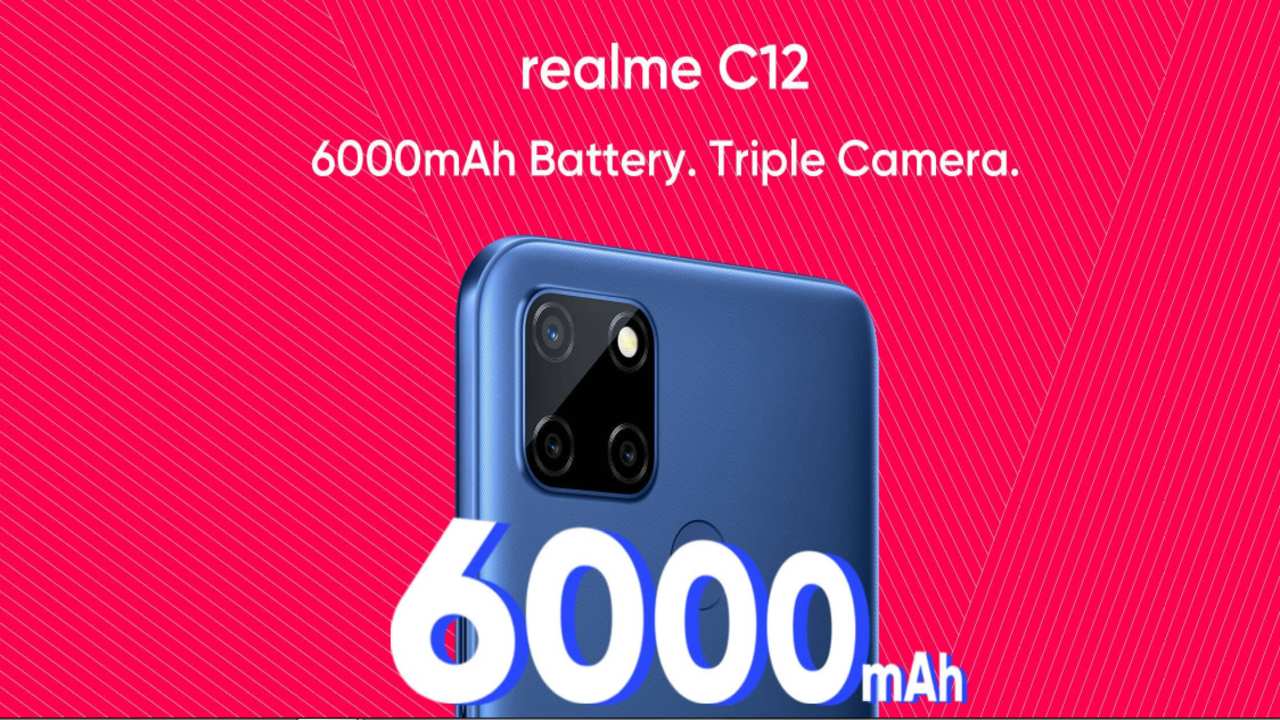 According to the listing on Flipkart, the Realme C12 will sport a 6000mAh battery. The e-commerce website teases the battery life at 57 days of standby time or 46 hours of calling, 60 hours of music streaming or 28 hours of YouTube playback. The smartphone will also have a super power-saving mode in which 5 percent battery will give a user 2.45 hours of calling. For the optics, the smartphone will have a triple camera setup with a 13MP primary camera. The specs of the other two cameras are not yet revealed. The camera will also come with the ability to clock photos in HDR, a slo-mo video mode and Chroma Boost.

Coming to the display of the Realme C12, the smartphone will house a 6.5-inch display with an 88 percent screen to body ratio. While the resolution of the display isn’t known, it is safe to assume that it will have an HD+ display. Under the hood, the smartphone will be powered by the MediaTek Helio G35 SoC but there is no information on the storage or RAM of the device.

Under the hood, the Realme C15 comes with a MediaTek Helio G35 SoC coupled with the option of either 3GB or 4GB RAM and 64GB storage. The smartphone runs on Android 10. A 6000mAh powers the entire package and it also supports 18W fast charging over microUSB.