Razer's gaming smartphone leaks in all its glory 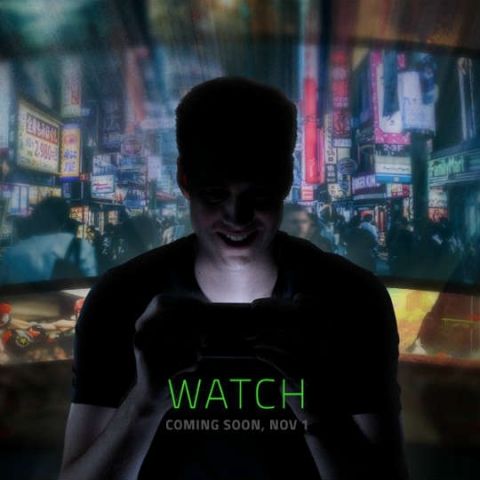 The Razer gaming smartphone has been leaked once again, suggesting that it may have some really high-end specifications. A product page which popped up on a UK-based mobile carrier’s website gives out almost all the specs of the device.

According to the leak, the phone will feature a 5.72-inch IGZO panel with a refresh rate of 120Hz and a wide colour gamut. This IGZO panel technology is patented by SHARP, which also sells phones under its Aquos range offering 120Hz refresh rate. Besides that, only the new Apple iPad Pro sport a 120Hz refresh rate display, which Apple likes to call “ProMotion”.

A previous Geekbench listing suggested that the phone might be powered by Qualcomm's Snapdragon 835 SoC. While the new leak does not disclose any details about the SoC, it does re-confirm the rumors of the phone offering 8GB of RAM and 64GB of storage. It also provides information about the battery life as the phone is suggested to feature a 4000mAh battery with support for Qualcomm’s Quick Charge 4.0+. The new image leak also indicates that the phone will support Dolby ATMOS and will have dual front-facing speakers, which are certified by THX. 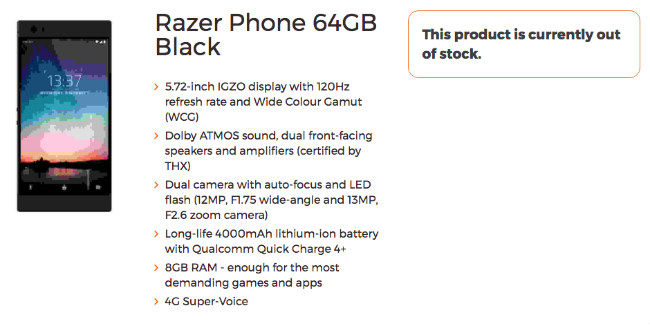 On the camera front, the rumored Razer phone will sport a dual camera setup at the back. It may use a 12MP camera with f/1.75 aperture as primary and 13MP camera with f/2.6aperture as an optical zoom assist. The new leak also lists out something called 4G Super-Voice which we are thing is supposed to provide better signal reception even in potential dead zones. As for the front camera, it is rumored to be a 7MP unit and the phone will comes with Android Oreo out of the box.

The Razer gaming phone has been expected since August, when Razer acquired Nextbit and pulled the plug on their Robin smartphone. The phone is likely to be announced on November 1, and UK based mobile carrier 3G has already put up a blog post stating “If you game on your phone, Three could soon be the network to be on, as it’s just teamed up with Razer – the world’s leading lifestyle brand for gamers.” At the same time we are currently not sure if it will make its way into India.