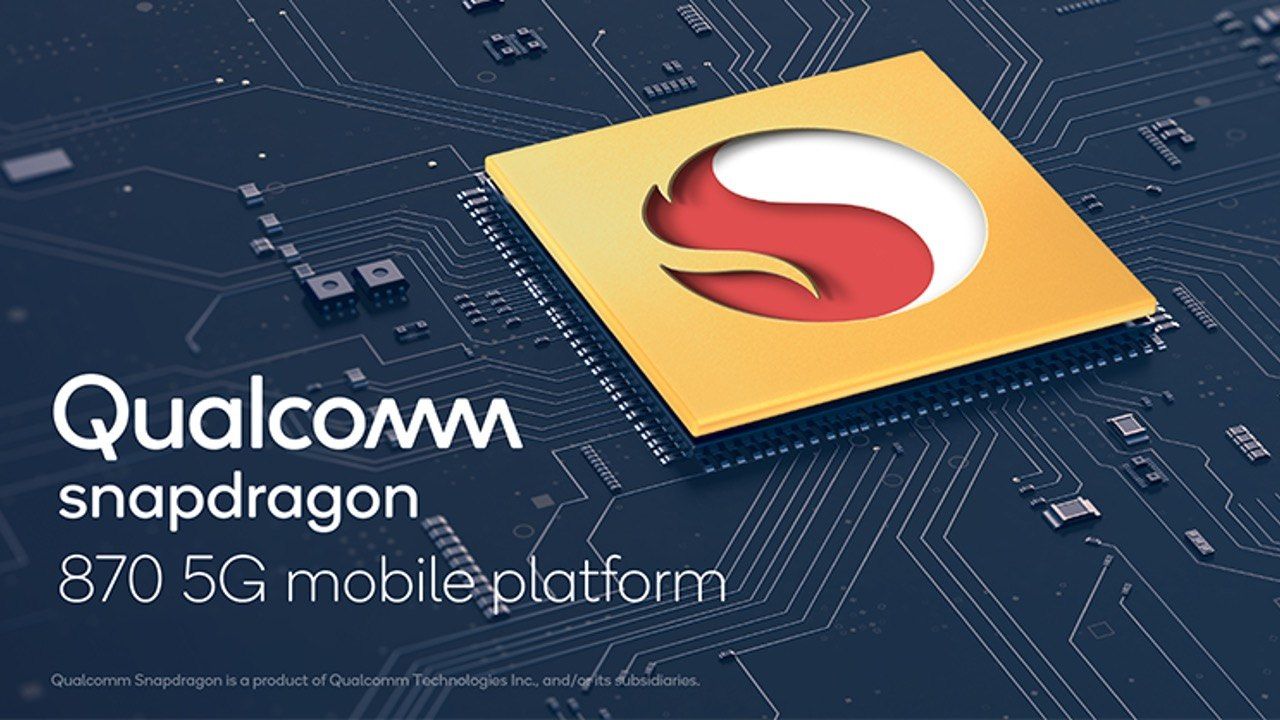 Qualcomm Snapdragon 870 5G processor has officially launched as an enhanced version of the Snapdragon 865 series processors from 2020. Qualcomm announced its flagship Snapdragon 888 processor in December 2020 which was followed by the launch of the Mi 11 as the first phone to be powered by the said chipset.

If you're wondering why this exists and is called the Snapdragon 870 despite basically being the 865++, it's because of marketing. OEMs can now release new phones claiming to have the "new" 870 rather than the "year-old" 865. https://t.co/rBGxmuzPo9

The Snapdragon 870 5G processor has an octa-core CPU with Adreno 650 GPU and Snapdragon Elite gaming features. This is paired with upto 16GB LPDDR4x or LPDDR5 RAM modules and 5th generation Hexagon 698 AI Engine. The chip supports displays of upto 144Hz refresh rate and has an external Snapdragon X55 5G modem.

The Snapdragon 870 also brings support for Bluetooth 5.2 while the 865 and 865 Plus support Bluetooth 5.1. The rest of the feature set remains the same as the 865 Plus.

Several smartphone manufacturers have revealed their plans to launch a phone based on the Snapdragon 870 5G processor in the coming months. Motorola, OnePlus, Oppo, iQOO and Xiaomi have all confirmed that they are developing smartphones powered by the Snapdragon 870 processor. Additionally, Qualcomm has said that phones with Snapdragon 870 under the hood will be announced in the first quarter of 2021.

“We are glad to announce that soon we will bring the new Snapdragon 870 5G Mobile Platform into our portfolio, unleashing the power of our smartphones to new and unique experiences,” said Sergio Buniac, president, Motorola Mobility.

“Following our principle of ‘technology for mankind, kindness for the world’ and leveraging the premium performance delivered by the new Snapdragon 870 5G Mobile Platform, OPPO will deliver more human-centred products to global consumers and meet their expectations for cutting-edge technologies,” said Alen Wu, vice president and president of global sales, OPPO.

“Benefitting from the powerful performance of the new Snapdragon 870 5G Mobile Platform, we will continue to build a high-end flagship device and bring more surprises to global consumers regarding 5G, camera, AI, and more,” said Lei Zhang, vice president of Mi Smartphone and general manager of hardware R&D, Xiaomi.