The device is Qualcomm’s first mmWave 5G smartphone reference design. It is seen sporting dual rear cameras and a Snapdragon logo at the back. 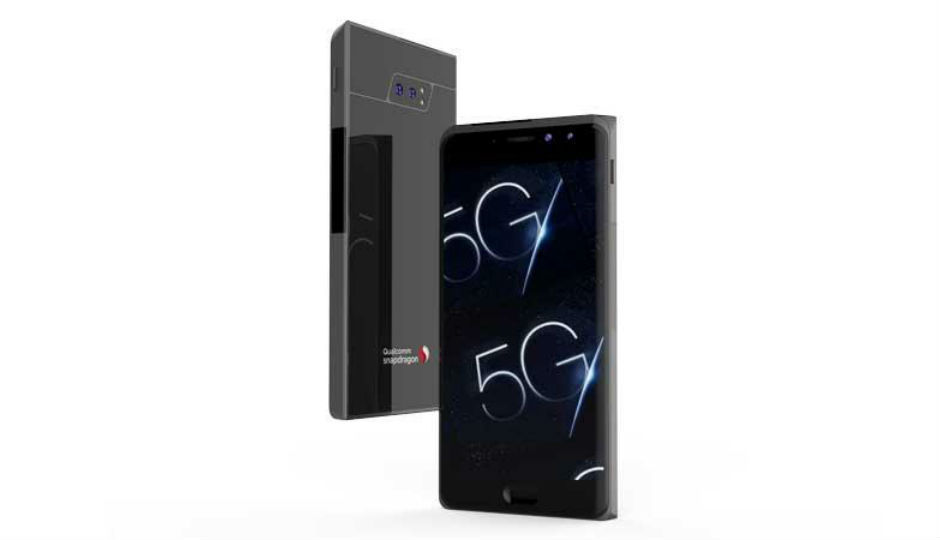 Qualcomm has been actively involved in developing 5G technology. 5G simply stands for ‘fifth generation’, and is the upcoming standard of mobile communications which promises to revolutionise how we interact with technology, moreover how technology interacts with us.

Now, a Twitter user named Sherif Hanna has tweeted a photo of the world’s first 5G smartphone on the microblogging platform. Hanna is the Marketing Lead for LTE and 5G NR Modems for Qualcomm. His Tweet simply states - “Hard to believe that I have the world's first 5G smartphone in my hand!” 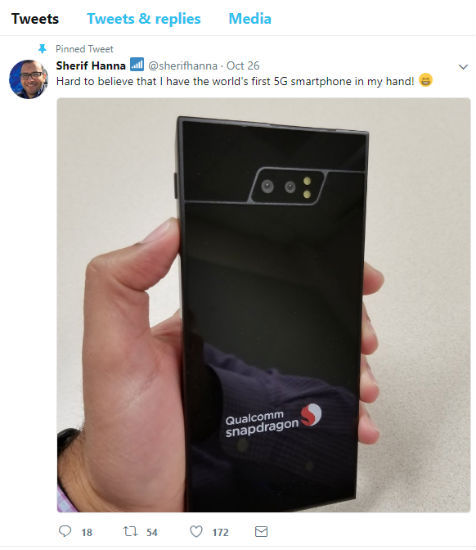 The phone in the image is Qualcomm’s first mmWave 5G reference design and not a final unit. It was designed to allow the company to test and optimize their 5G mmWave performance within the constraints of a mobile form factor.

The 5G smartphone is seen sporting dual rear cameras and the Qualcomm Snapdragon logo at the back. In the conversation thread that follows Hanna’s Tweet, he mentions that the device also is designed to support multi-mode 2G/3G/4G/5G.

In the demo, Qualcomm was able to establish a 5G connection with greater than gigabit per second download speeds and an over-the-air connection using a tiny 28 GHz mmWave antenna module.