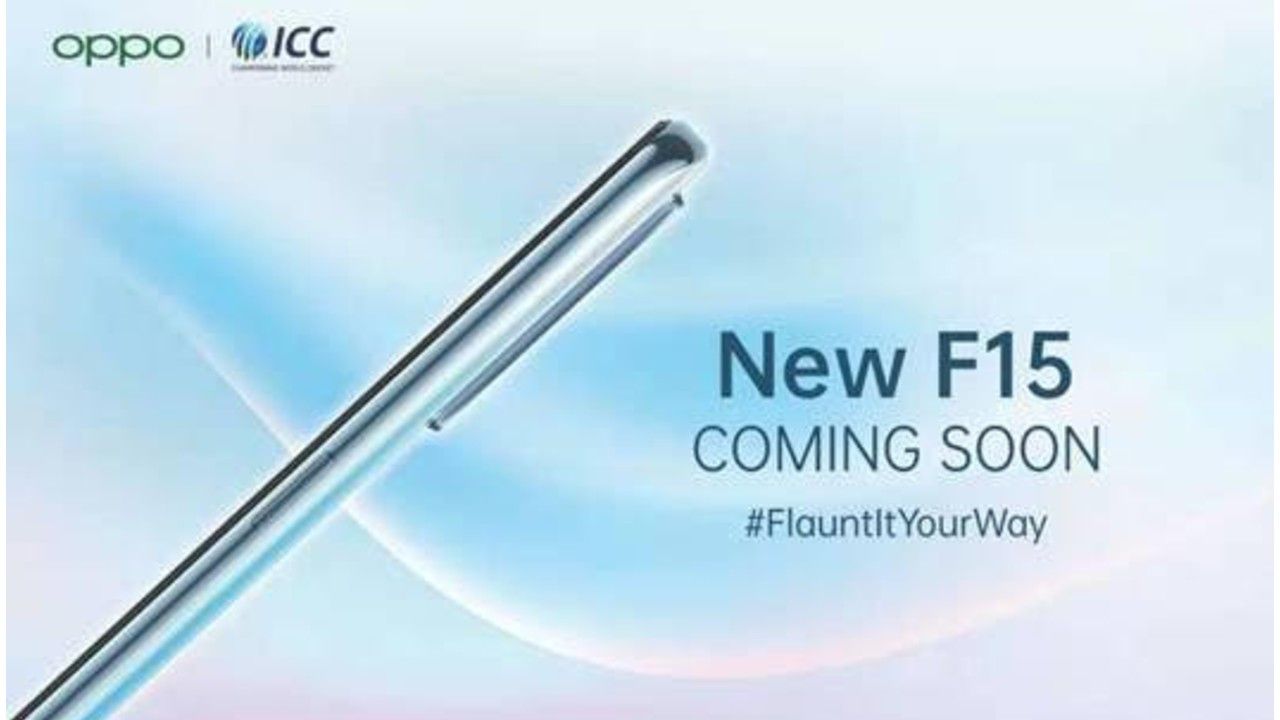 Oppo has sent out a press release stating that it will introduce a new F-series smartphone soon. The company says that the Oppo F15 is all set to make its way in India. As the name suggests, Oppo F15 will succeed the F11 and F11 Pro. The latter two were launched in March, this year.  According to Oppo, the F15 will be lightweight and fashionable. However, the company has not revealed any specifications of the phone. Although, there is a teaser image that gives us our first look at the upcoming device.

Oppo says, “OPPO F15 will come equipped with a host of features making it a worthy contender in its price segment,” it adds, “OPPO has combined some of its latest breakthrough technologies in a sleek design for their upcoming OPPO F15.” Hence, one can expect the Oppo F15 to be a sleek smartphone that could be made official early net year. The company is likely to launch Oppo F15 in March 2020 as the Oppo F11 duo will complete one year in the Indian market.

Generally, the Oppo F-series is focused on selfies so we can expect a powerful front camera hardware on the Oppo F15. Moreover, the teaser image shared by Oppo shows a curved metallic frame running around the phone with a shiny finish. The power button matches the colour tone as well. Furthermore, the rear camera module is shown to be elongated. Hence, Oppo F15 could house its rear cameras in a vertically-aligned lens array.

To recall, Oppo F11 and F11 Pro sport a dual rear camera setup. Hence, Oppo F15 will at least have two rear cameras. However, looking at the trend right now, it could sport a quad rear camera setup. More Oppo F15 specifications are expected to be teased as we close in on the launch date.