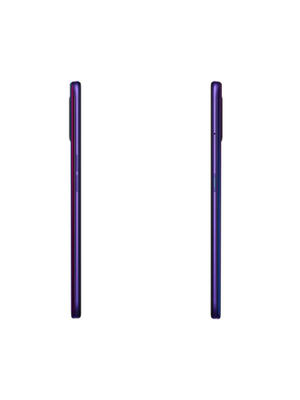 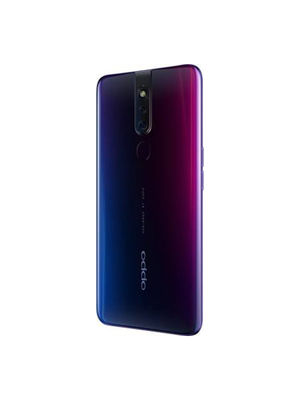 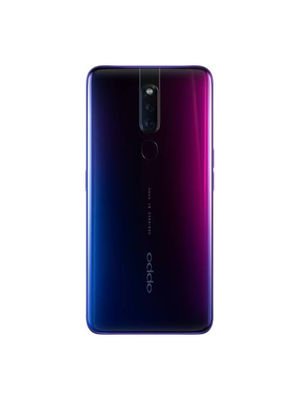 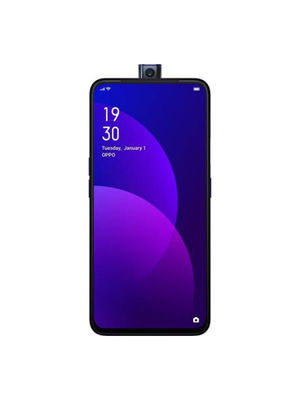 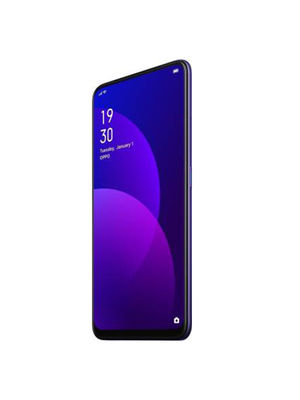 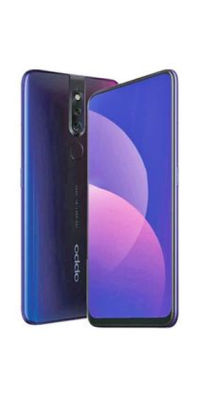 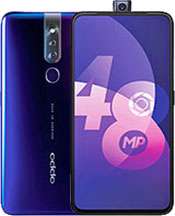 The Oppo F11 Pro has a completely bezel-less design with a beautiful gradient colour finish. It has good cameras on the front and the rear, and it has a 4000mAh battery with 20W VOOC 3.0 charging which provides superb battery backup that can easily last for a day. The device offers excellent features at an affordable price. OPPO F11 PRO comes with a pop-up selfie camera. The phone has a 6.5-inch display and a 90.9

percent screen-to-body ratio, according to the company. It has thin bezels at the top and the sides, while the bottom chin is relatively thicker.
The Oppo F11 Pro is the latest phone with a pop-up selfie camera and comes with a Qualcomm Snapdragon processor. The phone comes in Thunder Black and Aurora Green colours with a gradient finish which is becoming popular in mid-segment phones.

The Oppo F11 Pro is now available for a discounted price in India. The phone is available starting at Rs 14,990 for the base variant of 6GB + 64GB storage, while the 128 GB memory variant is priced starting at Rs 16,990. The phone has a 6.5-inch Full HD+ display and is powered by MediaTek Helio P70 octa-core processor.

The OPPO F11 Pro has a glass-and-metal body with a bezel-less screen and a pop-up selfie camera. The phone has a sleek design, with the power and volume buttons on the sides. It has a 6.5-inch Panoramic screen with a 90.90% screen ratio, which is designed for the ultimate viewing experience. It has a screen resolution of 1,080 x 2,340 pixels and a density of 396 PPI for an amazing viewing experience. The phone has a rear-mounted fingerprint reader as well. The phone is available in Thunder Black and Aurora Green colour variants.

The phone has a dual 48MP+5MP rear camera and a 48MP primary sensor with f/1.8 aperture, Auto HDR, phase-detection autofocus, and 1080p video recording. The phone has a secondary sensor that acts as a depth-sensing unit and has a PDAF mechanism which clicks amazing pictures. The front-facing 16MP selfie camera comes with features like Auto HDR and 1080p video recording. The Oppo F11 Pro can click beautiful pictures even in dim light conditions. The motorised pop-up selfie camera makes selfies look natural.

The OPPO F11 Pro is powered by a MediaTek Helio P70 processor and a Mali-G72 MP3 GPU which can even play high-end games with ease. The F11 Pro has 6GB RAM and runs Android 9 Pie based ColorOS 6. Connectivity options included in the phone are 4G LTE, VoLTE, dual-nano SIM card slot, Wi-Fi, Bluetooth 4.2, and a microUSB port. The phone offers seamless connectivity and can multitask with ease.

The OPPO F11 Pro packs a 4000mAh battery which easily lasts for a day. It can be fast-charged at 20W using the VOOC 3.0 Flash Charge technology, which according to the company can charge the phone for 5 minutes to give 2 hours of talk time. The device has 128GB of internal storage which is expandable via a microSD card slot which gives ample storage space for all your music, videos, movies, files, etc. The phone comes with battery optimisation features like Super High-Power Efficiency and Smart Power Saver mode.

The phone has a Micro-USB port at the bottom of the device. The smartphone supports Wi-Fi 802.11 a/b/g/n/ac, dual-band, Wi-Fi Direct, hotspot, Bluetooth   4.2, GPS, GLONASS, FM radio, and a micro USB 2.0, USB On-The-Go. It doesn’t support NFC technology. The Oppo F11 Pro supports dual nano-SIM cards. The phone has a driving mode which readies your device for a Bluetooth connection while inside a vehicle, and the riding mode mutes all notifications except incoming calls on the device.

As for the specifications, the Oppo F11 Pro smartphone is powered by a 12nm 2.0GHz octa-core MediaTek Helio P70 processor with an octa-core cortex CPU and 6GB of RAM and 64GB of onboard storage. The phone has an expandable memory up to 256 GB via a microSD card slot. The Oppo F11 Pro runs on ColorOS v6. 0 based on Android 9.0 Pie out of the box.

The smartphone runs on Android 9.0 (Pie) OS with the company’s proprietary ColorOS 6 on top. Under the hood, you will find the MediaTek Helio P70 (12nm) chip and an octa-core Cortex CPU. The phone has a Mali-G72 MP3 GPU.

The MediaTek Helio P70 is an upper mainstream ARM SoC meant for Android smartphones which was launched in 2019. The chip is manufactured in a 12 nm FinFET (12FFC) process and is supports 4x big ARM Cortex-A73 cores and 4x small and power-efficient ARM Cortex-A53 cores.

The processor integrated an ARM Mali-G72MP3 GPU and has a dedicated AI processing unit. Compared with the older Helio P60, the P70 chip uses the same silicon but has a 100 MHz higher clocked CPU and GPU.

Connectivity on the Oppo F11 Pro includes dual 4G as well as VoLTE.  The phone delivers a talk time of up to 36 hours on GSM and up to 26.7hours on WCDMA. It delivers an Audio Playback of up to 118.7 hours, and a video playback up to 12 hours according to the company.

Next to the Micro-USB port is the 3.5mm audio jack, a microphone hole, and a loudspeaker grille. The company has made a few changes in the UI navigation. Users can choose between the traditional three-button navigation layout or a two-button navigation system that is available in stock Android 9 on the Google Pixel 3 phone. The phone comes with an FM Radio. It has a secondary microphone and an ambient light sensor on the top.

The phone comes with a proximity sensor to the left of the earpiece which is neatly hidden. The ambient light sensor on the top of the phone. The Oppo F11 Pro has a rear-mounted fingerprint sensor that is placed below the dual rear camera setup. Apart from this, the device comes with accelerometer, proximity, and compass sensors.

The OnePlus 7 series which debuted back in 2019 shipped with a gaming mode called Fnatic Mode. The same mode was then rolled out to older OnePlus devices like the OnePlus 5/5T later via a...

OnePlus 9 Pro has leaked yet again, this time in a sandstone black finish that is reminiscent of the earlier OnePlus phones. OnePlus is set to announce something later today and chances are that we...

After launching its X60 series of phones in China, Vivo is now all set to bring the flagship series to Indian shores. The phone maker had launched three new phones under the line-up in its home...

The OnePlus 9, OnePlus 9 Pro and OnePlus 9E have been spotted on case-maker Spigen’s website, ahead of the rumoured launch of the OnePlus 9 series sometime later this month. OnePlus is expected to reveal the...