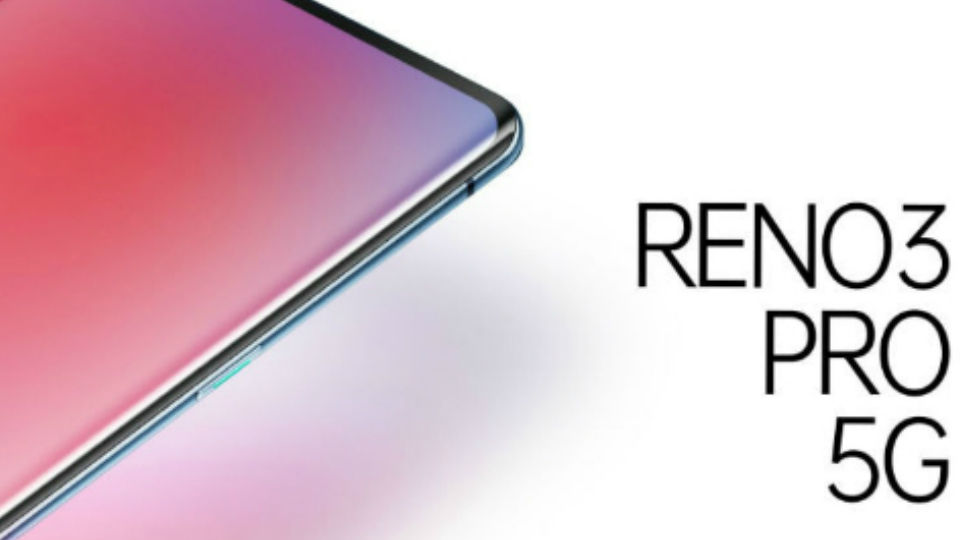 Oppo has officially confirmed that it will expand its Reno lineup before the end of 2019. The company has stated that the Reno3 and Reno3 Pro smartphones will be introduced at an event in China on December 26. The Reno3 lineup is expected to have three models, namely, Reno3, Reno3 5G and Reno3 Pro 5G. The vanilla Reno3 was spotted on TENAA last week. Now, alleged Reno3 Pro 5G has received certification by the Chinese authority TENAA.

Oppo took to Weibo to reveal the launch date of the Reno3 series. A recent teaser also revealed quad rear cameras, metal frame and glass back with a gradient finish in the Oppo Reno3 lineup. Moreover, it seems like the company is doing away with the shark-fin pop-up module in favour of a punch-hole display. Reno3 Pro has been revealed to sport a punch-hole screen on the left side, while the Reno3 features a water-drop notch screen with a slightly bigger bottom bezel.

On the other hand, Oppo Reno3 Pro 5G has been spotted on TENAA. The device has two models PCRM00 and PCRT00, but both share the same specs. The Oppo Reno3 Pro 5G is said to feature a 6.5-inch  AMOLED display that has a punch-hole in the top-left corner and an in-display fingerprint scanner. It is likely to be powered by an octa-core processor, which is believed to be the Snapdragon 765G chipset. It may have 8GB RAM and 128GB of internal storage. The device is said to run Android 10 out of the box.

On the optics front, Oppo Reno3 Pro 5G will have a quad rear camera setup that may house 48MP primary, 13MP telephoto (5x optical), 8MP ultrawide, and 2MP depth sensor units. On the front, it may have a 32MP selfie shooter. It is tipped to pack a 4025mAh battery.