Oppo has announced that the 48MP camera on the F11 Pro will be enhanced by Oppo’s Super Night Mode feature. 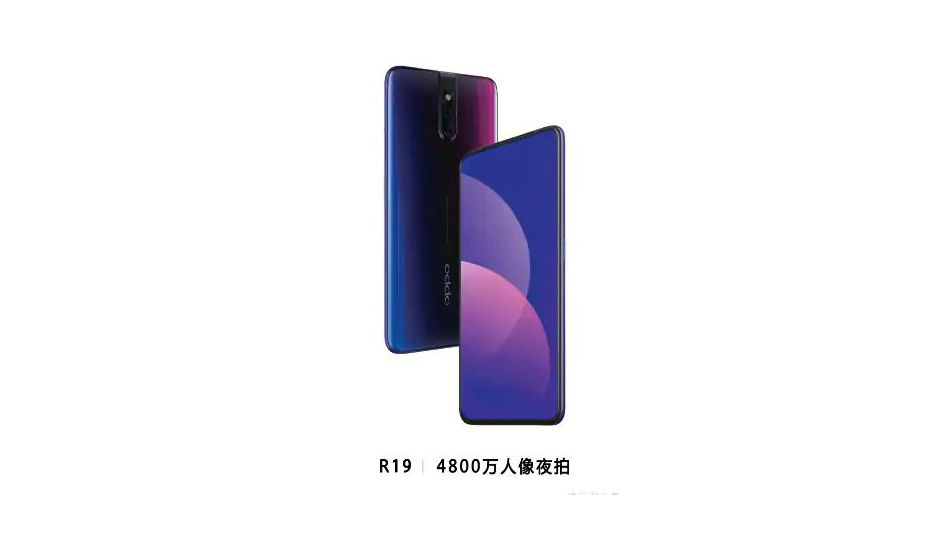 Xiaomi is not the only budget phone maker to offer a big bump in camera spec this year. While the Redmi Note 7 has managed to create ripples among Indians even before its official launch thanks to a 48MP camera on the back, Oppo too is planning something similar. The company has announced that it will be launching the Oppo F11 Pro in India with a similar 48MP rear camera and other features.

The Oppo F11 Pro is the company’s upcoming mid-range phone and a previous report claimed the smartphone is expected to launch in India in March. An image of the phone leaked earlier revealed the 48MP rear camera as well as a pop-up selfie camera. The phone will reportedly launch in China as the Oppo R19.

Oppo announced that the 48MP camera on the F11 Pro will be enhanced by Oppo’s Super Night Mode feature. The night mode combines the phone’s AI Engine and what Oppo calls “Ultra-clear Engine” and Colour Engine. According to Oppo, the phone also comes with AI-assisted stabilisation which could be something similar to what Huawei and Honor does with AI stabilisation.

On the front, the display is interrupted by a notch of any kind along with minimal bezels along the edges. This also gave rise to rumours that the Oppo F11 Pro could come with a periscope-like elevated camera module, similar to the Vivo NEX.

The leaked specs of the phone state the Oppo F11 Pro will sport a 6.5-inch AMOLED display and is expected to be the first phone to be powered by the MediaTek Helio P80 SoC. The chipset is not yet released. There will be 6GB of RAM and 128GB of storage and will come with a 4,500mAh battery powered by VOOC charging.