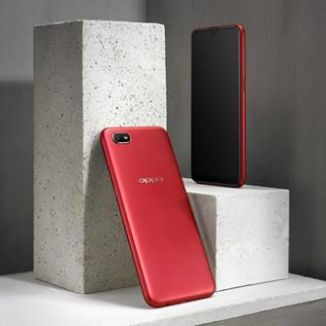 The phone will sell through offline channels.

UPDATE: Oppo has now confirmed that it has launched the Oppo A1K smartphone in India. The device will be available on Amazon Flipkart, Snapdeal, Tata CLiQ, PayTM Mall and all offline stores starting April 30.

Oppo has quietly launched the Oppo A1K entry-level smartphone in India. According to indiashopps.com, the smartphone was initially made available in Russia a week ago, however, when we checked the Indian as well as the Russian websites of the company, we couldn’t find the phone listed on either of them. Priced at Rs 8490, the Oppo A1K will reportedly be available through offline channels, and will compete with the likes of Redmi 7, and Realme C2.

“We are focused on embedding powerful features in our devices at affordable prices to accommodate the consumers’ lifestyle. With OPPO A1K, we set out to push the boundaries on all fronts. The device offers market-leading specifications by pushing the boundaries of smartphone design, providing long battery life with a waterdrop screen to deliver seamless and powerful performance, which ensures the best experiences to Indian smartphone users,” Charles Wong, CEO OPPO India and President South Asia, said in a statement. 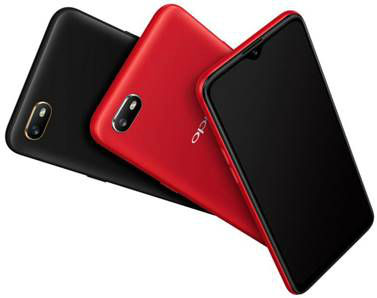 The Oppo A1K features a 6.1-inch HD display with a waterdrop notch and an anti-reflective coating. It offers a resolution of 1560x720, an aspect ratio of 19.5:9, and a screen-to-body ratio of 87.43 percent. Under the hood, the phone has the Mediatek Helio P22 mobile platform paired with MG GE8320 GPU. The same SoC powers the Realme C2, which is available at a starting price of Rs 5,999. The Oppo A1K is equipped with 2GB of RAM and 32GB of local storage, and is only offered in this variant in the country.

In the camera department, the Oppo A1K ships with an 8MP rear camera with a lens having an aperture of f/2.2, and a 5MP selfie shooter with an f/2.0 aperture. It comes equipped with a 4,000 mAh battery and 10W charger. The phone runs on Android 9 Pie out-of-the-box with ColorOS 6. The will be available in two colour variants: Red and Black.

The news comes a few days after the company launched the Oppo F11 Pro Marvel's Avengers Limited Edition smartphone for Rs 27,990 in India. The Oppo F11 Pro Avengers Limited Edition features a 6.5-inch IPS LCD display and is powered by a MediaTek Helio P70 processor. It has 6GB of RAM and 128GB of storage, and the phone draws power from a 4,000mAh battery. The device comes with a dual-camera setup with the primary 48MP sensor and a 5MP depth sensor. On the front is a rising camera with 16MP Sony sensor with f/2.0 aperture.