The pre-orders of the Oppo F11 Pro Avengers Limited Edition are open and the first sale will be on May 1. 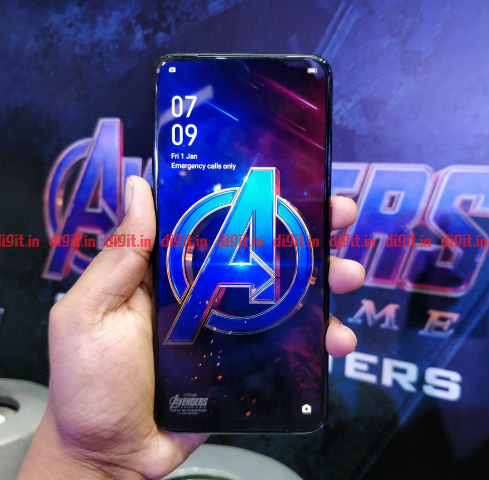 Oppo has launched the Oppo F11 Pro Marvel's Avengers Limited Edition smartphone for Rs 27,990 in India. The phone’s launch coincides with the release of the movie Avengers: Endgame in the country. The phone is now available for pre-orders and the first sale will be on May 1. Those interested can head to Amazon.in and Oppo’s online store to pre-book the phone, or use the ‘Notify Me’ button to get notifications as soon as the devices comes in stock. The offline sales for the Avengers Edition Oppo phone will start from May 4. The company will also launch a 6GB RAM and 128GB storage variant soon.

The Oppo F11 Pro Marvel's Avengers Limited Edition phone has almost the same internals as the standard top variant barring the back panel and the internal storage. While the original Oppo F11 Pro comes with a 64GB onboard storage, the special edition will ship with 128GB local storage. Further, the back panel of the phone wears a completely different look. It comes with Avengers-inspired gradient glossy body finish with a gradient hexagonal pattern. 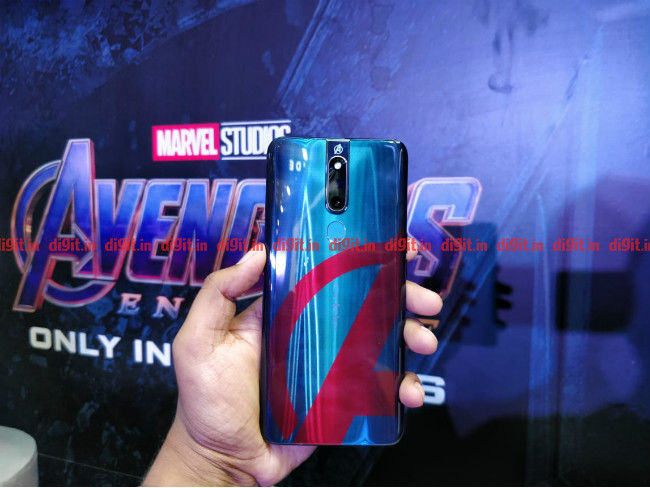 The limited edition device will be available in Blue. Oppo is also giving away a Captain America-inspired back case that has the character’s iconic shield. The shield can be used as a phone stand. There will also be a thermo printed classic Avengers logo, and a stamped collector’s badge inside the box.

The Oppo F11 Pro Avengers Limited Edition features a 6.5-inch IPS LCD display and thanks to the pop-up selfie mechanism, the phone has a 90.9 percent screen-to-body ratio. A MediaTek Helio P70 processor powers the device and the phone has 6GB of RAM and 128GB of storage. The phone draws power from a 4,000mAh battery which supports VOOC 3.0. At the launch event, Oppo had claimed that the phone can charge 49 percent in 30 minutes and it can fully juice up in 80 minutes. 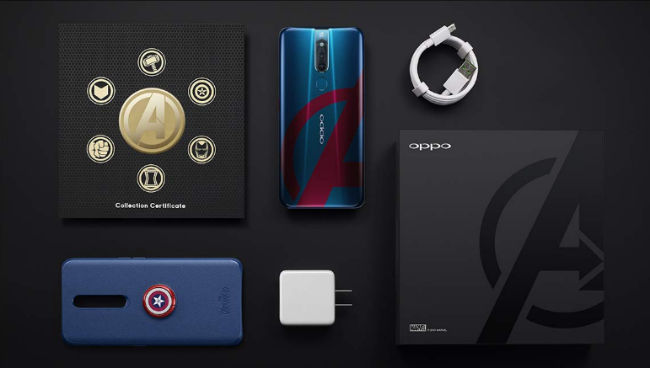 In the camera department, Oppo F11 Pro Avengers Limited Edition has the same dual-camera setup on the back as the standard variant. The primary camera has a the flagship Sony IMX586 sensor which can capture 48MP images. The sensor shoots 12MP photos by default but an Ultra-HD mode can be turned on to shoot at native 48MP. This is paired with a 5MP depth sensor to click portrait photos. On the front is a pop-up, or ‘rising’ mechanism as Oppo calls it, that has a 16MP Sony sensor with f/2.0 aperture.

There's Hyper Boost technology which is claimed to improve app launch speed times by 20 percent. The phone runs on ColorOS 6 based on Android 9 Pie, and has a rear-mounted fingerprint sensor.