Those who buy the phone will get Captain America-inspired case with the character’s shield that can be used as a phone stand holder. 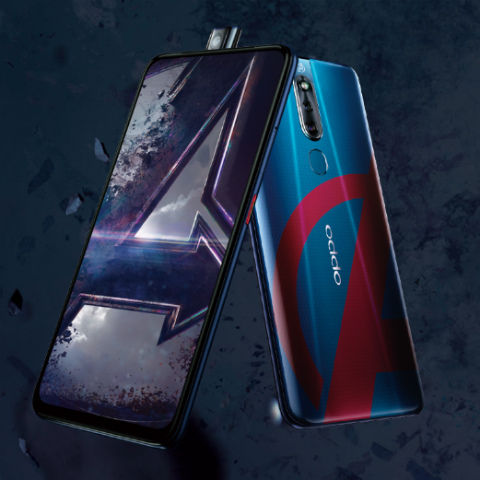 Phonemakers tying up with famous movie franchises and launching special edition devices is not new. OnePlus has been at the forefront of this trend, but now, its sister firm Oppo has taken up the mantle and partnered with Marvel to launch a special Oppo F11 Pro(₹ 16990 at flipkart) Marvel’s Avengers Limited Edition phone. The device will be unveiled in India on April 26, the day when the film releases in the country. It will be available on Amazon, Oppo online store. Oppo is also running a contest on Facebook to give users a chance to win the special edition phone.

Oppo has made a microsite dedicated to the phone and a ‘Notify Me’ button live. “Inspired by Marvel Studios' Avengers: Endgame, the Oppo F11 Pro Marvel's Avengers Limited Edition unites powerful features with stunning gradient finishes for our most heroic smartphone yet!,” the company said on its website. The limited edition device will be available in Blue, and features the company’s signature gradient hexagonal pattern with a glossy body finish.

The box of the phone includes a Captain America-inspired back case that has the character’s iconic shield. The shield can be used as a phone stand. Oppo says that everything is packed in an Oppo F11 Pro Marvel’s Avengers Limited Edition box comes with a thermo printed classic Avengers logo, and the box also has a stamped collector’s badge. 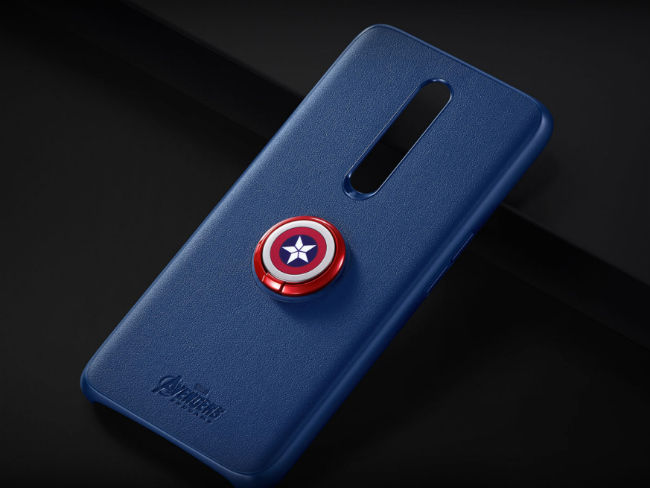 The Oppo F11 Pro (First Impressions) features a 6.5-inch IPS LCD display and, thanks to the pop-up selfie mechanism, the phone boasts of a screen-to-body ratio of 90.9 percent. The phone is powered by the MediaTek Helio P70, coupled with 6GB of RAM and 64GB of storage. The phone draws power from a 4,000mAh battery which supports VOOC 3.0. Oppo claims the phone charges 49 percent in 30 minutes and charge fully in 80 minutes.

Oppo F11 Pro has a rear dual-camera setup which includes the flagship Sony IMX586 sensor which can capture 48MP images. It is is paired with a 5MP depth sensor to offer portrait photos. Basically, the Oppo F11 Pro shoots 12MP photos by default but an Ultra-HD mode can be turned on to shoot at native 48MP. On the front, there is a pop-up or ‘rising’ mechanism that has a 16MP Sony sensor with f/2.0 aperture. 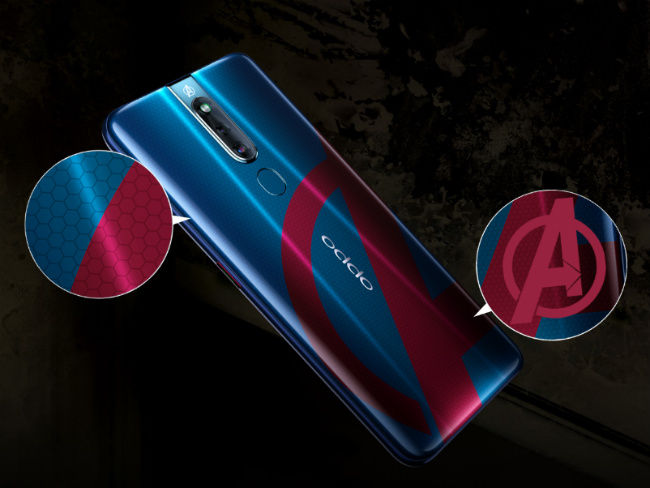 There's Hyper Boost that is aimed at improving app launch speed times by 20 percent. The phone runs on ColorOS 6 based on Android 9 Pie, and has a rear-mounted capacitive fingerprint sensor. The phone was launched in two colour variants — Thunder Black  Aurora Green, and is priced at Rs 24,990.