OnePlus Z a.k.a Oneplus 8 Lite has been rumoured to launch sometime in July but a new image has surfaced which shows the much-anticipated phone from the front. The leaked image shows-off the phone’s centred punch-hole cutout with minimal bezels on all the sides.

The OnePlus Z image in question was posted by TrueTech and confirms the presence of an in-display fingerprint reader as well. Earlier this week, the phone was revealed to launch in July 2020 as it was postponed due to the Coronavirus outbreak. Regardless, OnePlus went ahead and launched it’s OnePlus 8 series in an online event on April 14. The phones went up for pre-orders just days ago and now we have a leaked image that showcases the upcoming OnePlus phone. 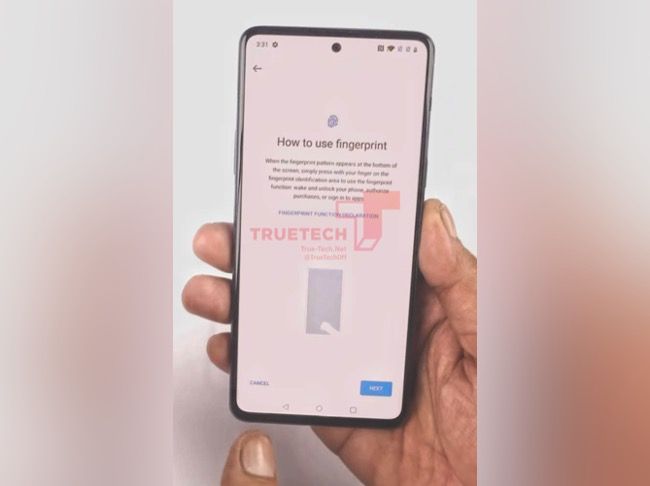 No other details can be made out from the leaked pictures however, the phone has been subject to numerous leaks in the past with several key specifications out in the open.

OnePlus Z could feature a 6.4-inch Full HD+ display that uses an OLED panel. The phone has a punch-hole cutout in the centre that houses the front-facing 16MP camera. The display is also expected to support a 90Hz refresh rate with an in-screen fingerprint sensor.

The phone could be powered by MediaTek Dimensity 1000 chipset with 5G support and paired with up to 8GB RAM and 256GbB storage options.

OnePlus Z is rumoured to come with a triple camera setup on the back that consists of a primary 48MP camera, a 16MP camera and a 2MP depth sensor.

It comes with a 4,000mAh battery that supports 30W fast charging courtesy of Warp Charge 30. It is expected to be priced starting at CNY 2,999 which roughly translates of Rs 32,000 by direct conversion.