OnePlus announced the rollout of Android 11 Developer Preview 3 for OnePlus 8 and OnePlus 8 Pro. Installing the update will give you a taste of things to come on OxygenOS 11. 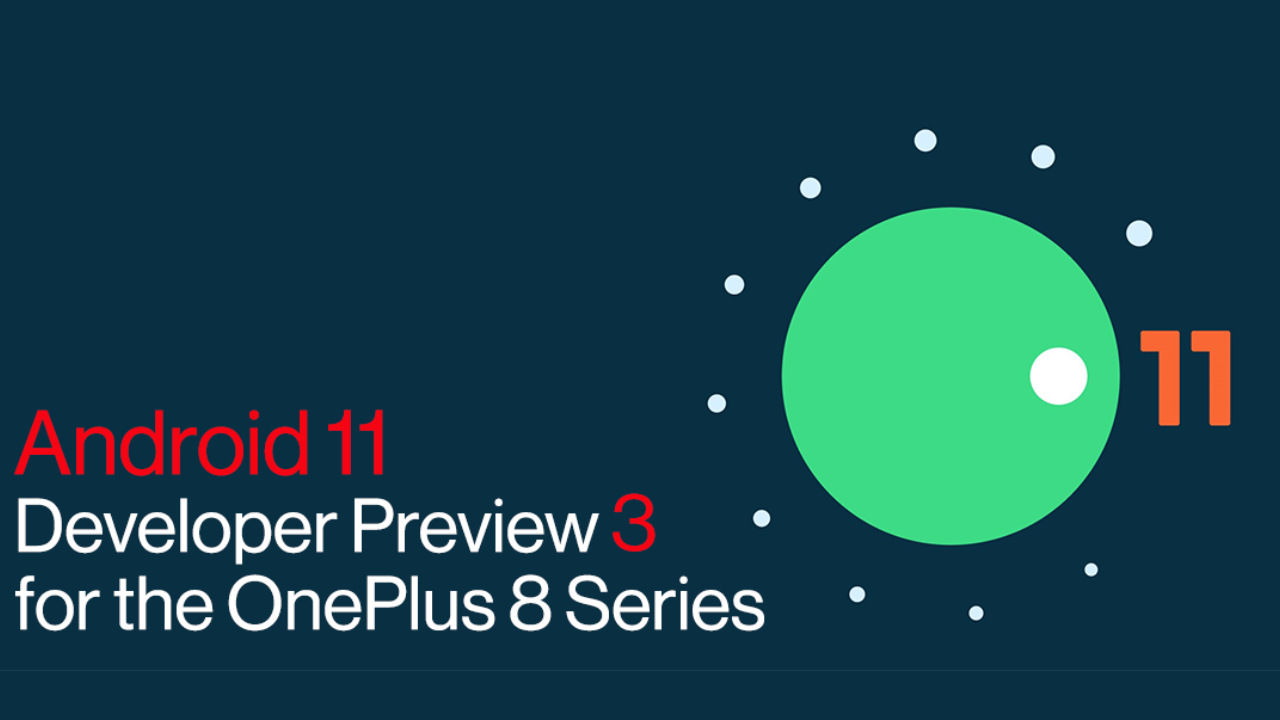 Right after Google announced the final public beta of Android 11 before its official rollout, OnePlus also announced the third beta of its Android 11 developer preview for the OnePlus 8 and OnePlus 8 Pro, giving a peek at some of the design elements and features of OxygenOS 11.

The Android 11 Developer Preview for OnePlus 8 and 8 Pro is not a stable version, so it's only aimed at OnePlus beta testers and community members to test out the new features and share feedback with the team. It’s highly likely there will be a lot of bugs present, preventing the user from using the device as a daily driver.

Having said that, installing the update will give you a taste of things to come on OxygenOS 11. OnePlus highlighted a few pointers in a community post —

- New visual design (including Weather app, Launcher, Gallery, Notes)
- New layout for more comfortable and convenient one-handed operation
- Always-on display function, including 11 new clock styles
- Live wallpaper that changes according to the time of day
- New OnePlus Sans font that improves readability
- Optimized Dark Mode, including the ability to automatically turn on and off and a shortcut in Quick Settings
- 3 new Zen Mode themes, more timing options, and new Group feature to let you experience Zen Mode with your friends
- New Gallery function that automatically creates a weekly story based on your photos and videos

At present, the known issues of the developer preview of Android 11 for OnePlus 8 and 8 Pro includes —

Most of the features that OnePlus is rolling out with the new beta update was announced for HydrogenOS 11, the operating system OnePlus offers in China. That includes visual changes aimed at one-handed use and new fonts, along with optimised dark mode. More importantly, it’s now clear that OxygenOS 11 will bring back the always-on display in an all-new avatar.

For details on how to install the Android 11 developer preview for the OnePlus 8 and OnePlus 8 Pro, head over to this link.