The announcement was made at the OnePlus 8T event

The phone will be up for pre-sale on November 5

The phone will be up for a pre-sale on November 5 which is two weeks before the launch of the highly-anticipated game. In a video that was originally posted on Weibo, we can see the phone ringing on a table, in-game. OnePlus is no stranger to special edition phones with the McLaren Edition being the most recognizable of the lot. Even though that partnership ended, it’s clear that we will see more Special Edition OnePlus phones in the future if this is any indication to go by. 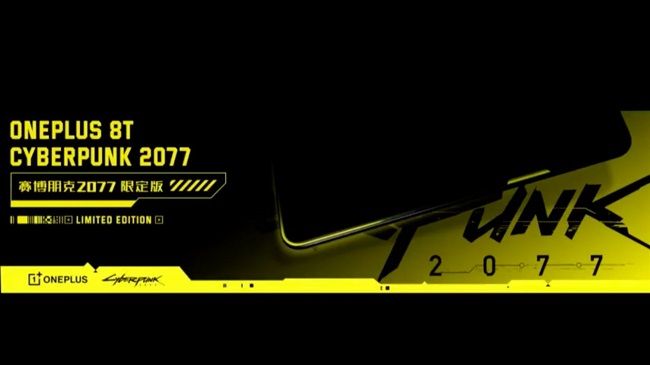 For fans of the game, you can also check out the Xbox One Cyberpunk 2077 Edition which was essentially the last unique version of the Xbox One. The bundle came with a console that featured a “cybernetic design” with glowing elements, colourful panels and colour shift effects. It also featured graffiti to make it more in tune with the theme and setting of the Cyberpunk 2077 video game.