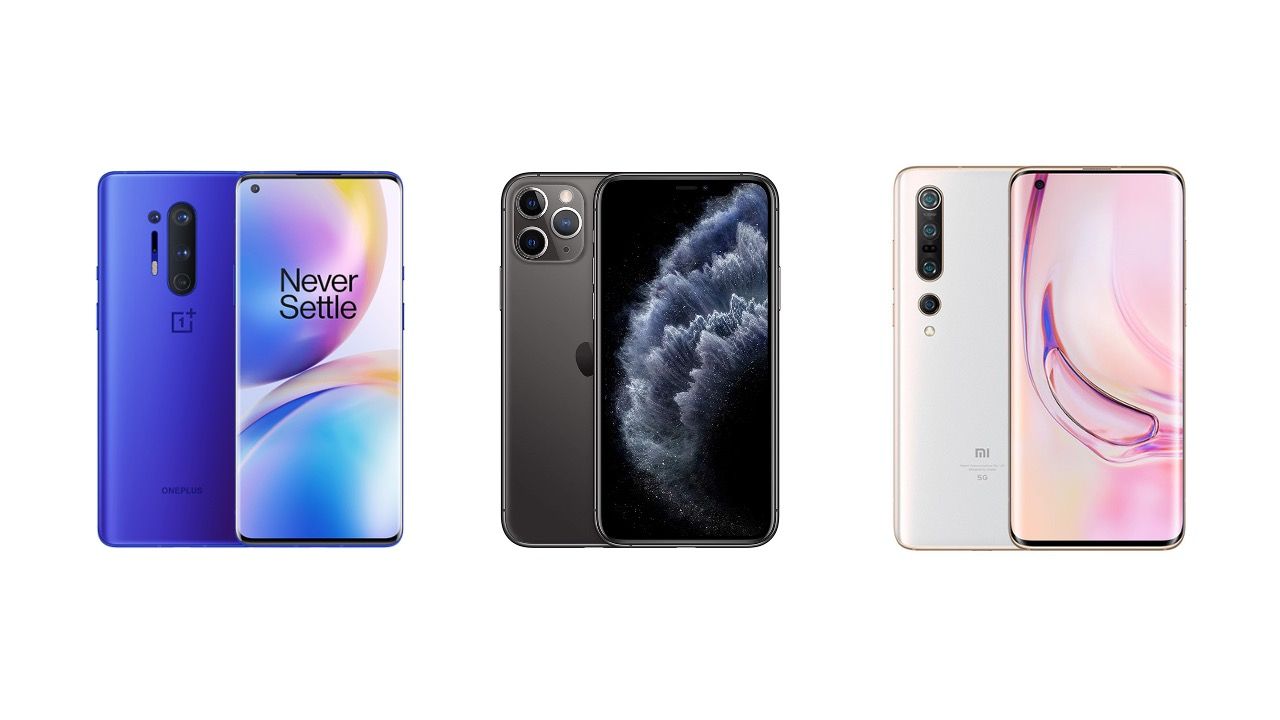 OnePlus 8 Pro has just been announced globally alongside OnePlus 8

OnePlus 8 Pro has just been announced as the company’s most premium flagship smartphone for this year alongside the OnePlus 8. Straight up from the OnePlus 7T Pro from last year, the OnePlus 8 Pro has received upgrades in nearly all departments. It’s got an upgraded display that rivals the likes of Xiaomi Mi 10 Pro and iPhone 11 Pro with versatile quad-camera setup, latest processor, wireless charging support and much more.

OnePlus 8 Pro starts at $899 for the base variant with 8GB RAM and 128GB storage. The company hasn’t revealed the Indian pricing just yet with more details set to come in the next few weeks. Similarly, Mi 10 isn’t available in India currently but is expected to be launched sometime this year. As for the Apple iPhone 11 Pro, it starts at Rs 99,999 in India but you can often see it retailing for Rs 93,900 on various e-commerce stores like Amazon or Flipkart.

OnePlus 8 Pro and iPhone 11 Pro have received an IP68 rating making it resistant to dust and water ensuring durability. Mi 10 has no such certification to attest but has gone for a p2i coating instead, which makes it resistant to light water splashes only.

OnePlus 8 Pro features a 6.7-inch QHD+ (3168 x 1440 pixels) resolution screen that uses an AMOLED panel with a 120Hz high refresh rate and is certified for HDR10+ playback. It also makes uses of a dedicated MEMC chip that works to reduce motion blur in videos shot at standard frame rates. There’s a punch-hole cutout on the front that houses the selfie-camera which gives it a 19.8:9 aspect ratio.

Apple uses a Super Retina OLED screen on the iPhone 11 Pro that measures 5.8-inches and is topped with scratch-resistant glass. It supports Dolby Vision, HDR10 playback and is widely regarded as one of the best mobile phone displays.

OnePlus 8 Pro vs Xiaomi Mi 10 vs Apple iPhone 11 Pro: Under the hood

The OnePlus 8 Pro and Mi 10 Pro are powered by top-of-the-line Qualcomm Snapdragon 865 chipset. The octa-core SD865 chip offers a 25% increase in performance over the last generation processor and has an advanced fifth-generation AI engine to boot.

Apple iPhone 11 Pro is powered by the homegrown A13 Bionic chip with a Hexa-core processor and quad-core graphics. It’s available in 64GB/256GB/512GB storage options to choose from.

OnePlus 8 Pro runs on Android 10 based OxygenOS which forms the core of a smooth OnePlus experience while the Mi 10 runs on MIUI 11 out-of-the-box. Apple iPhone 11 Pro runs on iOS 13 and will be upgradeable to iOS 14 as and when it arrives.

OnePlus 8 Pro has a quad-camera setup that consists of a primary 48MP camera that uses a Sony IMX689 sensor with f/1.7 aperture and OIS. The secondary camera is an 8MP telephoto lens with 3x hybrid zoom, followed by a 48MP sensor for the ultra-wide-angle lens with a 119.7-degree field-of-view and a 5MP colour filter camera. The rear cameras can do 4K UHD videos at upto 60fps and super slow-motion videos at upto 480fps.

The Xiaomi Mi 10 has a 108MP primary camera with an 8MP secondary telephoto lens with 10x hybrid zoom, a 12MP portrait lens with 2x optical zoom and a 20MP ultra-wide-angle lens. The camera setup is supported by triple LED flash and can record upto 8K videos at 30fps, 4K UHD at upto 60fps and slow-motion videos at upto 960 fps. On the front, there’s a 20MP selfie camera housed within the notch.

Apple iPhone 11 Pro features a triple camera setup with three 12MP sensors-- a primary camera with f/1.8 aperture, a secondary telephoto lens with 2x optical zoom and an ultra-wide-lens. This set-up is supported by quad-LED flash with the phone capable of recording 4K UHD videos at up to 60fps. On the front, there’s a 12MP selfie camera that’s backed by a depth sensor and a slew of other sensors that make up the phone’s Face ID mechanism.

OnePlus 8 Pro comes with a 4,510mAh battery that supports 30W fast charging, both wired and wireless while the Mi 10 packs in the same battery capacity but with support for even faster 50W fast wired charging and 30W wireless charging. And while Apple doesn't reveal the exact battery capacity on its phones, the iPhone 11 Pro offers upto 4 times more battery life than the iPhone XS Max, with support for 18W fast charging and is also Qi certified for wireless charging.