Rumours suggest that the OnePlus 7T Pro will be powered by Qualcomm Snapdragon 855 Plus.

Those who have been following OnePlus’ smartphone launch trend should be well aware of the fact that the company launches the ‘T’ variant in November. It’s been almost three months since the Chinese tech giant launched the OnePlus 7 and the OnePlus 7 Pro, and as we get closer to the end of the year, the leaks of the alleged ‘T’ version of the phones have started to crop up. While the company is yet to say anything about the next phones, Slashleaks has shared an image claiming it to be of the OnePlus 7T Pro.

In the picture, the alleged OnePlus 7T Pro is seen inside a case that hides the back design as well as the edges of the smartphone. The phone is clearly visible from the front and by the looks of it, we can tell it similar to the OnePlus 7 Pro. There is a curved display with a small chin and no camera notch hinting at the pop-up selfie camera. The alleged OnePlus 7T Pro is seen running a beta version of Android Q. 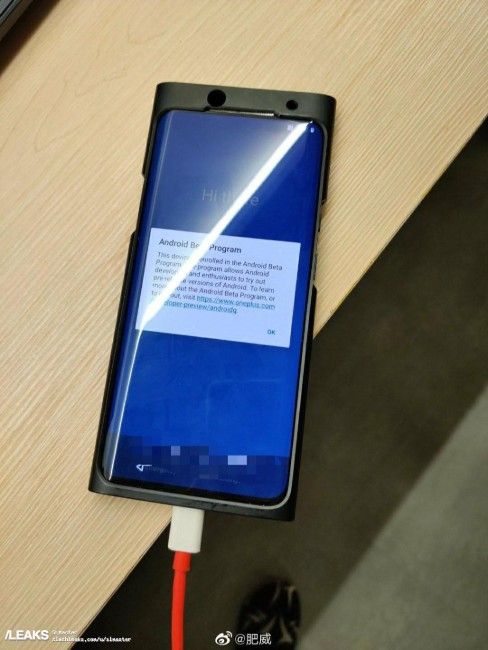 The OnePlus 7T Pro may be a lot similar to the OnePlus 7 Pro, and the primary difference between the two could be in departments like hardware, camera and battery. The company is also expected to offer new colour variants with the ‘T’ variant. Rumours suggest that the OnePlus 7T Pro will be powered by Qualcomm Snapdragon 855 Plus that the US-based chipmaker launched last month. 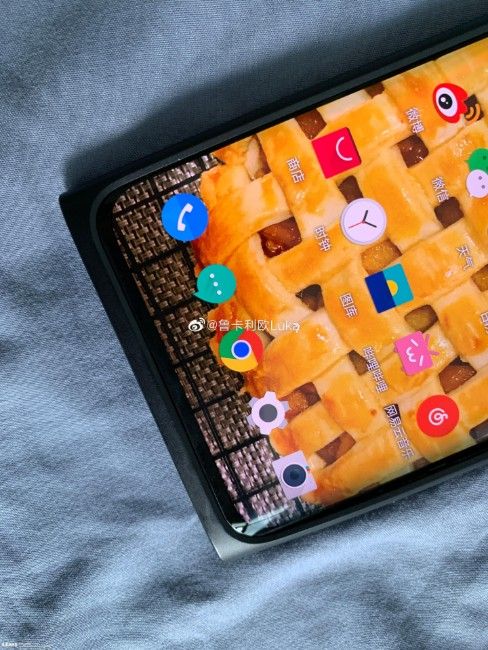 The OnePlus 7 Pro features a 6.67-inch fluid AMOLED display with a QHD+ resolution, sports pixel density of 516 ppi, is HDR10+ certified and has a 90 Hz refresh rate. There’s also Night Mode 2.0, which is touted to lower screen brightness to 0.27 nits for less eye strain at night. Under the hood, the OnePlus 7 Pro has the Qualcomm Snapdragon 855 chipset and comes with up to 12GB RAM and 256GB of storage (Performance comparison). OnePlus 7 Pro was the first phone to be available with the latest Qualcomm chip in India.

When it comes to the optics, the OnePlus 7 Pro sports a triple rear camera setup with a 48MP Sony IMX 586 primary sensor and it’s paired with an f/1.6 aperture lens with a custom-made 7-element plastic lens. This main sensor supports OIS and EIS, and is supplemented by an 8MP telephoto lens that offers 3X zoom and also a 16MP ultra-wide lens. There are stereo speakers on the phone, and an improved in-display fingerprint sensor. Backed by a 4000mAh battery, the handset supports Warp Charge 30 at 5V/6A that is said to deliver 38 percent faster charging speeds than the previous version.