The new motor is said to be 200 percent more powerful than the one used previously.

Some case renders of the phones have also surfaced online, tipping at the device’s design. 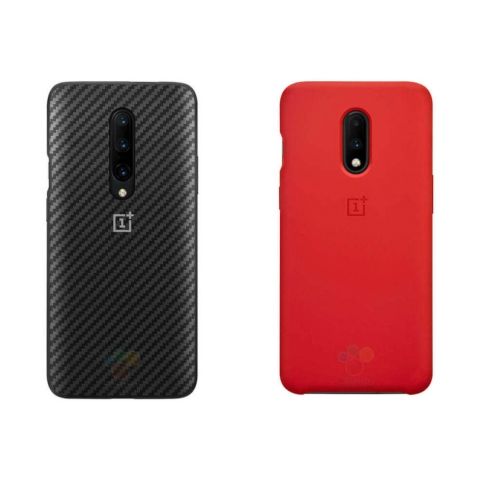 OnePlus will launch its OnePlus 7 series of handsets on May 14. While there are a couple of days for the launch, details about the OnePlus 7 and the OnePlus 7 Pro keep surfacing online, either from an official source or from an unofficial one. The latest round of news comes from the OnePlus CEO Pete Lau, who revealed that the upcoming OnePlus 7 Pro will feature an improved vibration motor, which will address the problem OnePlus devices have not so great vibration. In addition to this official information, some leaked images of the phone’s alleged official cases give a look at the device’s design.

Lau confirmed the new hardware feature to CNET. “ We are constantly listening to feedback from the community on what features and characteristics they would like to see implemented on OnePlus phones. Their feedback helps us focus on certain feature,” said Lau. "Our goal with the OnePlus 7 Pro was to create the best phone possible in not just the premium tier, but the ultrapremium tier. We really aimed to making the haptic experience excellent." This comes after users complained of weak vibration on the previous OnePlus handsets, because of which people would miss notifications. The new vibration motor is said to be larger and 200 percent more powerful than the one used on previous models.