Nokia teases smartphone launch for May 7, could be Nokia 4.2 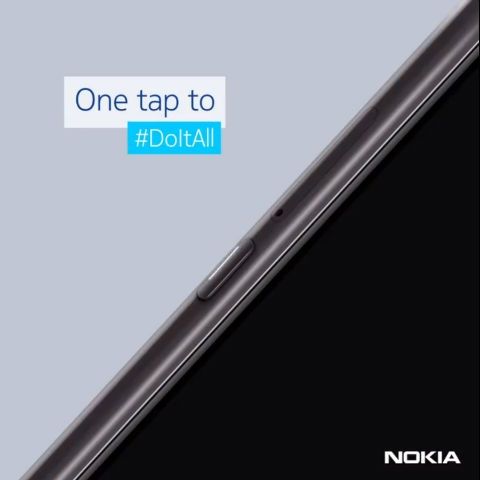 Nokia put out a teaser of a smartphone on May 3.

The teaser shows the side of a smartphone housing a dedicated Google Assistant button.

It is speculated that the smartphone launching is the Nokia 4.2.

Nokia has teased the launch of a new smartphone scheduled for May 7 and the internet is abuzz about which smartphone it could be. If information circulating the internet is to be believed, then Nokia could be launching the Nokia 4.2(₹ 9499 at flipkart) on May 7. The teaser put out by Nokia on twitter shows the side of a smartphone with the sim tray and a button. The teaser video on twitter says “One tap to #DoItAll”. Nokia unveiled two budget phones at Mobile World Congress this year, the Nokia 4.2 and the Nokia 3.2. Both, the Nokia 4.2 and the Nokia 3.2 are the company’s mid-range handsets that sport a U-shaped notch display design and come equipped with relatively large batteries for devices with their kind of specifications.

Speaking about the Nokia 4.2, the smartphone is powered by the Qualcomm Snapdragon 439 and features a 5.71-inch HD+ LCD display with a U-shaped notch. The handset is listed in 2GB/16GB and 3GB/32GB memory/storage models and the storage is also expandable up to 400GB via MicroSD card. It isn't clear if both the storage options are making their way to India. The phone was announced running on Android 9 Pie and like all Nokia devices, is an Android One handset. It also features a breathing notification light on the power button, along with a dedicated Google Assistant button. It also supports face unlock and comes with a rear-mounted fingerprint sensor.

The Nokia 4.2 has a dual rear camera assembly. It sports a 13MP camera on the back with an f/2.2 aperture lens and it is paired with a 2MP depth sensor that gets an f/2.2 aperture. The device’s camera supports PDAF as well. The device is said to come with NFC support in some regions and it seems like the one being launched in India would also come with the feature. The smartphone is backed by a 3000mAh battery that can be charged via a micro USB port. The global average price of the handset is set at $169 (Rs 12,005 approx) however, the official India price of the smartphone is yet to be revealed.

All your answers are a tap away. 4 days before you can #DoItAll
Stay tuned! pic.twitter.com/r4Jwsxj744