The company is teasing the handset’s launch.

The Nokia 3.2 features a 6.26-inch HD+ display and comes equipped with a dedicated Google Assistant button. 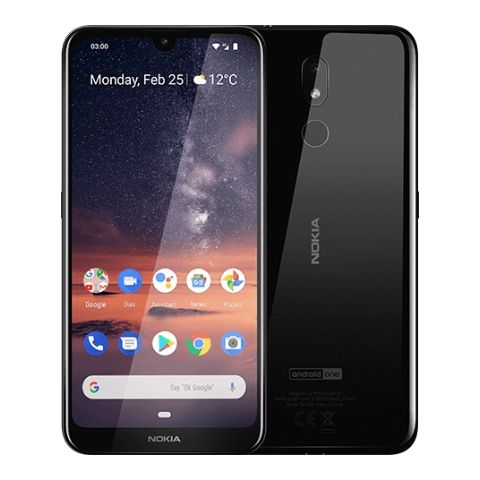 HMD Global recently launched its entry-level Nokia 4.2 smartphone in India and it seems to be gearing up to announce another handset in the country. The company is teasing the launch of a new phone in India and while it has not revealed the name of the upcoming device, it is expected to unveil the Nokia 3.2. The smartphone maker showed off the Nokia 4.2 and the Nokia 3.2 during MWC 2019 and it makes sense for it to launch the phone in India after introducing the Nokia 4.2. The company has posted two new teasers, which suggests a waterdrop notch display and a bigger battery on the yet to be announced the phone.

Similar to the Nokia 4.2, the Nokia 3.2 also comes equipped with a dedicated Google Assistant button. It is powered by the Snapdragon 429 SoC and features a 6.26-inch HD+ display. The handset also features a 'breathing light' power button notification light and a U-shaped notch on the top of its display. The phone is also listed on the company’s India website with 2GB and 3GB RAM, paired with 16GB and 32GB of internal storage respectively, suggesting that the handset can be made available in these variants.

The Nokia 3.2 sports a single camera module on the back, which consists of a 13MP sensor with f/2.2 aperture. On the front, it sports an 8MP camera with f/2.2 aperture and 77-degree FOV, which supports face unlock. It is backed by a large 4000mAh battery but sports a Micro USB charging port instead of a Type-C port. The phone is listed in Black and Steel colour variants and was announced with a global average retail price of $139 (Rs 9,873 approx). The Nokia 3.2 is also an Android One phone that is running on Android 9 Pie.

As mentioned before, HMD Global launched the Nokia 4.2 in India earlier this month.Priced at Rs 10,990, the phone also packed a dedicated Google Assistant button and is powered by a Snapdragon 439 SoC. Other features include a 5.71-inch HD+ display, Androidd 9 Pie and a 3000mAh battery. Read our review of the Nokia 4.2 here.