Motorola One Vision with Android One, 48MP camera confirmed to launch in India on June 20

The Motorola One Vision is being teased by the company in India. It is the first smartphone by Moto with a Punch-hole display. It is an Android One smartphone 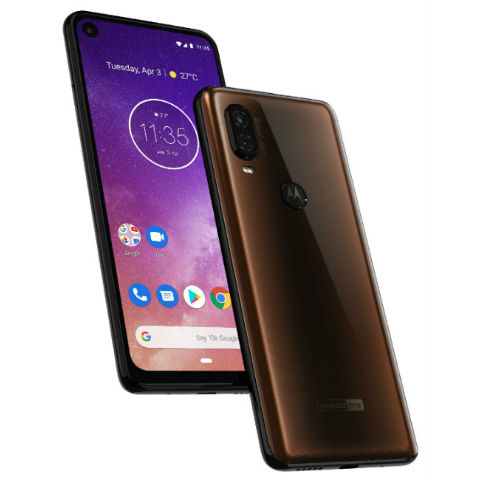 Motorola One Vision with Android One, 48MP camera confirmed to launch in India on June 20

The smartphone has already made it debut in Brazil and is not headed to India to possibly target the mid-range market. Its highlights include a 6.3-inch Full HD+ LCD display with a punch-hole camera and an aspect ratio of 21:9 like the Xperia 10 and the Xperia 10 Plus.

Let’s move a notch ahead with a wider perspective! Get ready to experience #ANewVision. Tag your binge-watch partner who needs to see this now! pic.twitter.com/FhhlLWFGQe

The Motorola One Vision features Samsung’s Exynos 9609 octa-core processor clocked at 2.2 GHz. This is paired with 4GB RAM and 128GB of expandable internal storage. As mentioned before, the handset features a 6.3-inch Full HD+ LCD display with a 21:9 display aspect ratio and 1080×2520p resolution.

Motorola calls the wide aspect ratio CinemaVision display, and claims that it is made for those who like to binge-watch content on their smartphones. The handset also sports a 3.5mm audio jack to add to its appeal as a content consumption device.

Android One certification means that the Motorola One Vision will receive timely security and OS updates. It currently runs on Android 9 Pie out of the box.

In terms of optics, the Motorola One Vision features a 48MP rear camera with Night Vision mode. The primary camera supports Optical Image Stabilisation (OIS) and Quad Pixel technology that bins four pixels into one large 1.6µm pixel. The primary camera is supplemented by a 5MP depth sensor that is paired with an f/2.2 aperture lens.

On the front, the Motorola One Vision gets a 25MP selfie shooter with 1.8µm Quad Pixel technology and is equipped with an f/2.0 aperture lens. The handset is backed by a 3,500mAh battery with 15W TurboPower fast charging and Motorola claims that the phone can deliver up to 7 hours of usage with 15 minutes of charging.

The Motorola One Vision was launched in Brazil in Sapphire Blue and Bronze colours. The smartphone was announced for 1,999 Brazilian Real (Rs 35,600 approx), and in Saudi Arabia and Thailand it is priced at €299 (Rs 23,300 approx).