The Sony Xperia 10, Xperia 10 Plus smartphones run on Snapdragon 636 and Snapdragon 630 platforms respectively, while the Xperia L3 runs on the MediaTek MT6762 SoC. 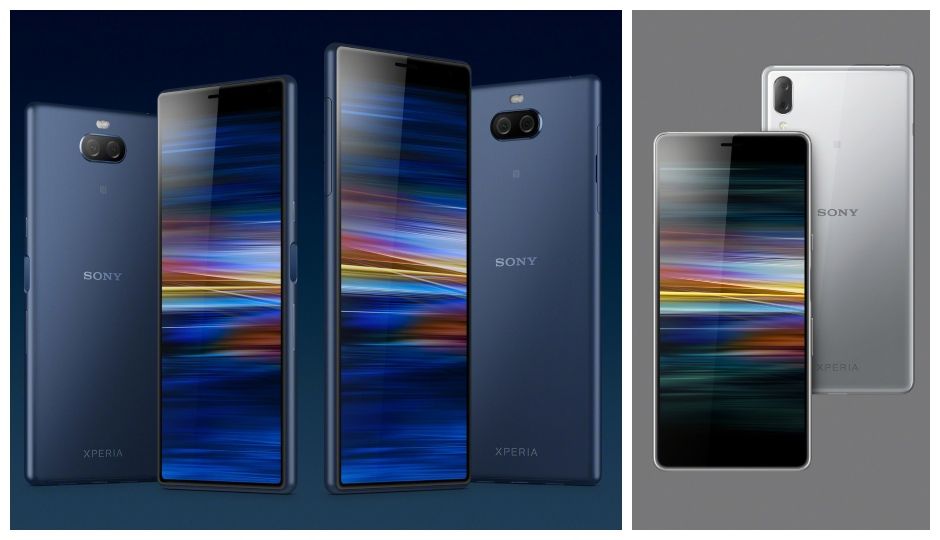 Sony hosted its MWC 2019 event today and announced its Xperia 1 flagship smartphone that features a super tall 21:9 display aspect ratio. However, that’s not all as the phone manufacturer has also announced its Xperia 10 and 10 Plus mid-range smartphones that also feature a 21:9 display aspect ratio. The two phones come equipped with a dual-rear camera setup as well and support DSEE HX and LDAC for supporting hi-resolution audio playback. Sony also showcased its budget Xperia L3 smartphone that sports an 18:9 display and dual rear cameras.

The Xperia 10 and 10 Plus smartphones are slated to be available in select markets from February 25 in Navy, Black, Silver and Gold colours, while the Xperia L3 is also slated to hit the shelves on February 25 in Silver, Black and Gold colours. Sony also announced its SBH82D open-ear headset alongside the phones but is yet to reveal the pricing of any of its newly announced devices.

Sony has decided to use the same 21:9 CinemaWide display aspect ratio on the Xperia 10 and Xperia 10 Plus smartphones. The Xperia 10 features a 6.0-inch Full HD+ display, while the 10 Plus sports a larger 6.5-inch screen with the same Full HD+ resolution. The display on both phones is protected with Gorilla Glass 5 and using the multi-window UI, Sony says that one can view two apps easily at once. The Xperia 10 Plus is powered by the Snapdragon 636 SoC with 4GB RAM and 64GB of internal storage. On the other hand, the Xperia 10 runs on Snapdragon 630 SoC with 3GB RAM and 64GB storage.

The Sony Xperia L3 is a budget smartphone, which is powered by the MediaTek MT6762 SoC. It features 5.7-inch HD+ display with an 18:9 display aspect ratio and comes with 3GB RAM and 32GB of internal storage. The storage can be expanded up to 512GB using a microSD card. The phone’s display is protected with Gorilla Glass 5 and it will be available in dual or single SIM configuration, depending on the market it is launched in. It runs on the now outdated Android Oreo OS and is backed by a 3300 mAh battery.

Get the latest news on what's happening at MWC 2019 here.