Fresh Motorola One Vision renders give a glimpse of the alleged smartphone.

The handset could feature a punch-hole display design.

The phone could be equipped with a 48MP main sensor on the back. 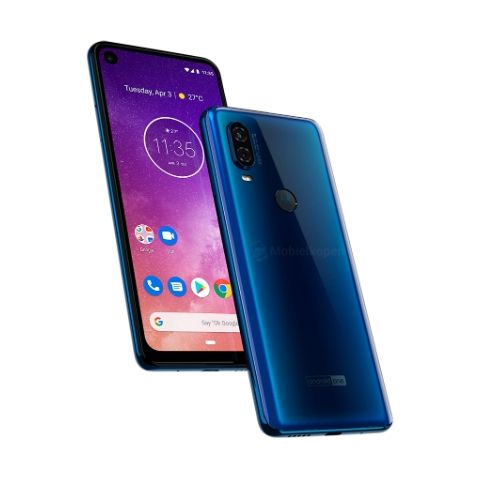 Motorola is reportedly gearing up to launch its Vision One smartphone in Sao Paulo, Brazil on May 15. Details about the upcoming handset have been leaking out steadily, hinting at the features and hardware we can expect from it. Now, fresh renders of the phone have surfaced online, which reveal its design and the colour variants it might be launched in. Mobielkopen posted renders of the Motorola One Vision, which suggest that it could be the company’s first smartphone with a punch-hole display design. Going by the renders, the device might house the camera in a punch-hole that sits on the display’s upper-left corner. A dual-rear camera module can also be expected along with a fingerprint sensor that houses the Motorola batwing logo.

There are some key camera details that can be seen on zooming in on one of the renders, which shows off the dual cameras. The Motorola Vision One could come equipped with a 48MP sensor with f/1.7 aperture lens and OIS. This is in line with a previously leaked image of the device, which suggested the same. In addition, the phone is said to come in a dark blue color model, alongside the brown colour variant that was spotted earlier. While there are no additional details about the phone from this new leak, much more information about it has been reported previously.

The Motorola Vision One is speculated to come equipped with a 6.2-inch display with punch-hole design. The screen aspect ratio might be 21:9 with a 2520x1080 pixels resolution. The handset might be running on the Samsung Exynos 9610 SoC and is reported to ship in  3GB and 4GB RAM models with options to select from 32GB, 64GB and 128GB of internal storage. Finally, the handset could be backed by a 3,500mAh battery and is expected to support fast charging with a USB Type-C port.