​An official-looking invite shows Motorola One Vision launch set for May 15.

The invite was shared by a tipster on Twitter. 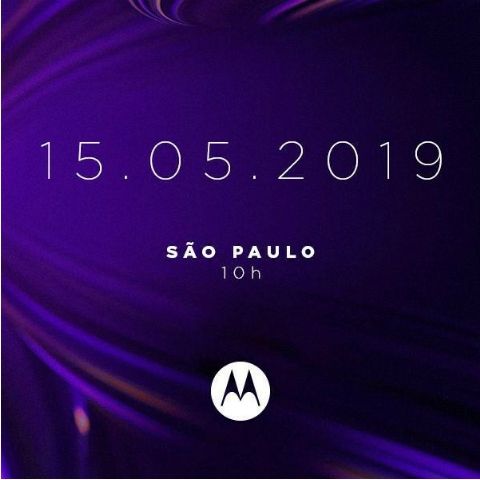 Lenovo-owned Motorola is tipped to launch the long-rumoured Motorola One Vision on May 15, in Brazil. The information comes from a Twitter user who shared a media invite that looks like it has been shared by the company. We checked Motorola’s official Brazil Twitter page as well as Facebook handles, but couldn’t find anything related to the Motorola One Vision launch announcement. It could be possible that the tipster may have got early access to the media invite.

The Motorola One Vision has already been leaked in various reports and it recently appeared on Google’s ARCore device list hinting at an imminent launch. The ARCore lister by Google notes the names of all smartphones which bring support for the company’s Augmented Reality platform. The phone, which has been spotted on various benchmarking and certification websites, is tipped to launch under Google’s Android One programme, and run Android Pie.

#Motorola One Vision would be launched in São Paulo, Brazil on May 15. pic.twitter.com/mgsI1cvthL

Under the hood, Motorola One Vision is expected ship with the Samsung Exynos 9610 SoC, which is manufactured on Samsung’s 10nm FinFET process. Besides this, the leaked images of the device has shown “48MP camera” branding right next to the camera module suggesting a 48MP sensor. The size of the display is unconfirmed, however, a wallpaper from the smartphone has 2520x1080 pixel resolution, hinting a tall display with an an aspect ratio of 21:9, which was previously seen in the sony xperia and Xperia 10 Plus devices.

The CAD renders of the Motorola P40, the rumoured Chinese variant of the Motorola One Vision, suggest it’ll have a 6.2-inch display with a punch-hole for the front camera. It is reported to be available in 3/4GB RAM with 32/64/128GB of storage variants, and a 3,500mAh battery. In terms of biometric authentication, the phone is said to come with a fingerprint sensor embedded in the bat-wing logo.