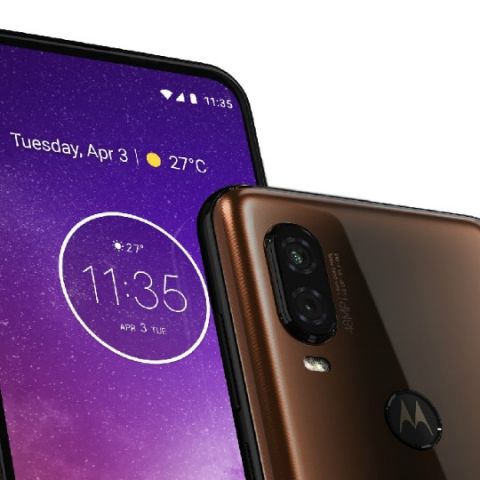 The Motorola One Vision image shows the punch-hole cutout on the left corner, and the display having small bezels on three sides and a chin.

Motorola’s One Vision has been leaked quite a lot in recent days, and now the press renders of the device are making rounds on the internet. Leaked by Tiger Mobiles, the latest image shows the phone having a punch-hole display with the selfie camera located on the top left corner. The display has small bezels on three sides and a relatively thick chin. It also shows the phone having a 48MP rear camera.

While there are unconfirmed reports about the resolution of the selfie camera, previous reports have claimed that the phone will come with a dual camera setup with a 48MP camera, and the  press render attests to the earlier speculations. The dual camera setup is placed vertically on top left with a dual-LED flash. There is “48MP Camera” text right next to the camera module. The back panel also has a fingerprint scanner in the bat-wing logo atop, and the Android One branding. 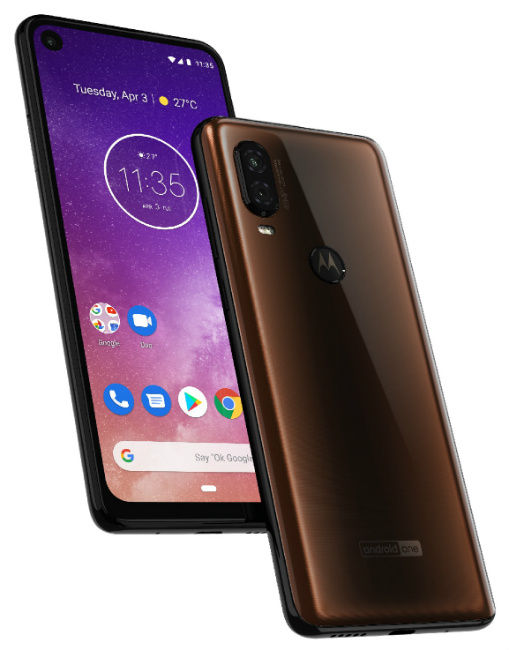 The image also shows the phone having a USB-C port placed at the bottom with a speaker on the right and a microphone on the left of it. The One Vision has the SIM card slot on the left edge, and the volume rocker and the power button on the right. The lockscreen of the phone shows April 3 as the date which could suggest the phone may go official on that day. Further, the pill-shaped button at the bottom indicates the phone will run Android Pie.

The phone has already been spotted on Geekbench and scored 1599 on single bench and 5328 on multi-core tests, respectively. The phone was also listed on Wi-Fi Alliance's website with model number XT1970-1 and running Android Pie. The phone is speculated to come with a display offering an aspect ratio of 21:9. The smartphone is reported to be powered by the Exynos 9610 SoC along with 3/4GB RAM models with 32/64/128GB of storage. It is said that the Motorola One Vision will have a 3,500mAh battery. In the camera department, the phone is said to have a camera with a default picture-taking resolution of 12MP, but just like the Redmi Note 7, it is expected to be marketed as 48MP.

Moto G7 to be unveiled on March 25 in India