The smartphone will reportedly feature the same design as the recently launched Moto X4 and also feature a similar camera module. However, it is said to not feature a dual rear camera. 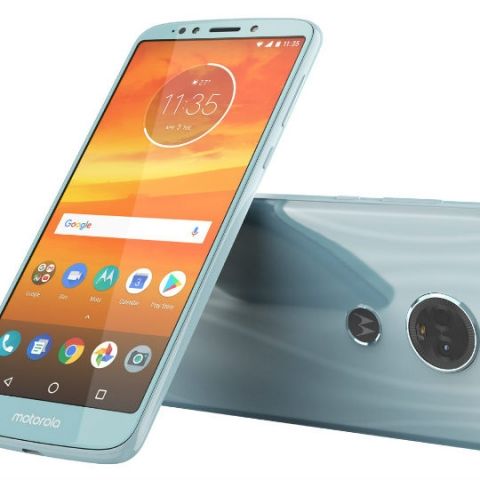 Lenovo has not showcased any smartphones at the ongoing Mobile World Congress 2018. However, Evan Blass has tweeted an alleged render of the Moto E5 Plus which reveals the build and design of the smartphone. Right off the bat, one can notice that the smartphone has a somewhat thin-bezel display as the Motorola branding sits at the bottom, on a thick bezel, but the top bezel is thinner in comparison.

The device’s rear panel seems to be inspired by the recently launched Moto X4. If the render is anything to go by, the smartphone will come with a glass back and a similar dual camera module as the Moto X4. However, Blass says that even though they resemble dual rear cameras, one of the cutout doesn’t house a lens. There is also a rear placed fingerprint sensor, with the Motorola logo on top and also an LED flash accompanying both the rear and front cameras.

The smartphone has not skipped the 3.5mm audio jack as it sits on the top edge and is expected to come with a micro-USB charging port at the bottom. The volume rockers and the power key sit on the right edge of the device.

It was speculated that Motorola will launch its G6 series of smartphones at MWC 2018. However, this doesn’t seem to be the case. The company is rumoured to launch, whenever it does, the standard Moto G6, Moto G6 Play and the G6 Plus. The three smartphones are expected to feature an 18:9 display aspect ratio and as per a previous leak by Blass, Ashley could be the codename for the Moto G6, whereas the Moto G6 Play and G6 Plus are codenamed Blaine and Teller respectively. You can read more about the smartphones here.