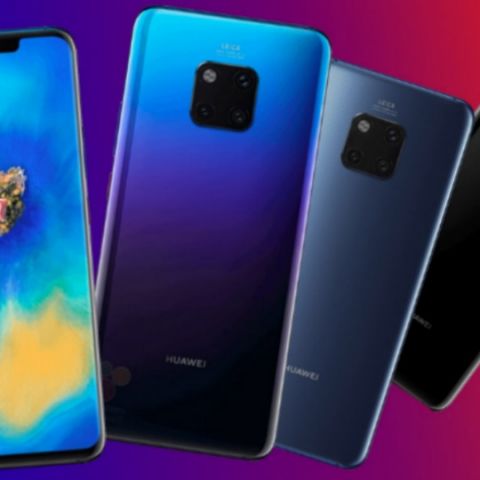 The Huawei9 Mate 20 and Mate 20 Pro are just 2 weeks away from being officially announced, yet, that hasn’t kept the leaks machine from holding back the information on the two phones. Turns out, there has been a massive leak from the house of Huawei. Isreali tech website Girafa seems to have got hold of the launch presentation of the two phones, revealing some very interesting features, some of which don’t exist on any phone, let alone other Huawei’s phones.

The first unique feature we may see be announced is Voice ID. This is supposed to be some sort of voice unlocking feature which could involve bone conduction.  As you can see in this image, Huawei says the Mate 20 phones will be the first in the world to support voice unlocks. It is very likely that in order to use the feature, you’re going to have to use Huawei’s own headset, similar to HTC’s USonic, which tailored the sound profile based on the inner structure of the listener’s ear. However, this only worked with HTC’s supplied earbuds since they came with the requisite hardware. The feature is said to be so effective that you will be able to use your voice even in crowded, noisy places to unlock the phone

Both the Huawei Mate 20 Pro and Mate 20 will apparently sport 24-megapixel pixel cameras, and triple-lens cameras on the back, with the better camera hardware being reserved for the Pro. The Mate 20 Pro will allegedly have an entirely redeveloped wide angle lens that will replace the telephoto lens that was a first of its kind, found on the P20 Pro. The slides also reveal the main camera might come with AI Smart Zoom, moving object detection, automatic focus, and zoom tracking. Hivision, meanwhile, seems to be an AR feature that will resemble Google Lens.

Lastly, both phones will be powered by the Kirin 980 processor as expected. The Kirin 980 was the first 7nm processor to be announced, manufactured by TSMC. The Huawei Mate 20 Pro will feature a 6.9-inch curved display, 6GB of RAM, 4,200 mAh battery, and IP67 rating, while the regular Mate 20 model will have a 6.53-inch flat screen, 4GB of RAM, 4,000 mAh battery, and IP53 rating. In terms of battery, there’s an expectation of a new Supercharge technology which will get you a 70% charge on the 4,200 mAh battery in 30 minutes.

The Huawei Mate 20 and Mate 20 Pro are expected to be revealed by the company at an event in London on 16 October, so we will know for sure whether these alleged slides and the information contained within them are true or not.