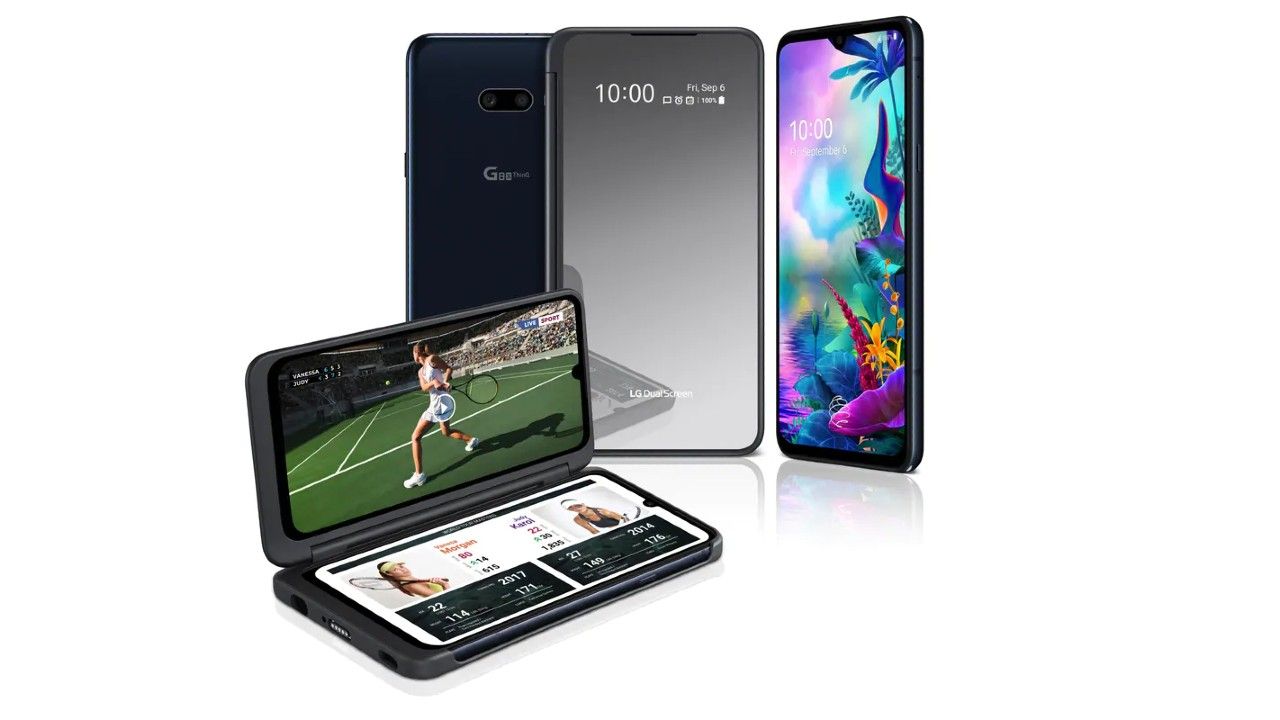 LG has launched its dual-screen smartphone in India. The LG G8X ThinQ was first launched at IFA 2019. Now, the handset has arrived in India. It comes equipped with LG Dual Screen that is essentially a display built into the cover of the smartphone. The detachable display connects to the phone via the USB Type-C port and has a 360-degree free stop hinge that lets users use the phone as a game controller at 120 degrees or a mini laptop at 140 degrees. It can go flat at 180 degrees or in a tent mode at 270 degrees, or flip back on itself at 360 degrees.

The LG G8X ThinQ features a 6.4-inch FHD+ (1080x2340 pixels) FullVision display with 19.5:9 aspect ratio and 403ppi pixel density. It is powered by the Qualcomm Snapdragon 855 chipset, paired with 6GB RAM. The smartphone comes equipped with 128GB of internal storage that can be further expanded using a microSD card (up to 2TB). The handset runs Android 9 Pie.

On the optics front, the LG G8X ThinQ sports a dual rear camera setup: a 12MP primary camera sensor with an  f/1.8 aperture + a 13MP secondary shooter with a super wide-angle lens and an f/2.4 aperture. The cameras have features such as AI Action Shot that helps speed up the shutter speed up to 1/480s to capture fast-moving objections. It comes with a 32MP selfie shooter as well.

LG G8X ThinQ packs a 4000mAh battery with support for Qualcomm Quick Charge 3.0. The smartphone is equipped with two 1.2W speakers and features a 32-bit Hi-Fi Quad DAC, tuned by Meridian Audio that promises exceptional sound quality. It is IP68 water and dust resistant as well.

The LG G8X ThinQ is priced at Rs 49,999 in India. It is now available to purchase through retail outlets. It has been made available in a single Aurora Black colour option.