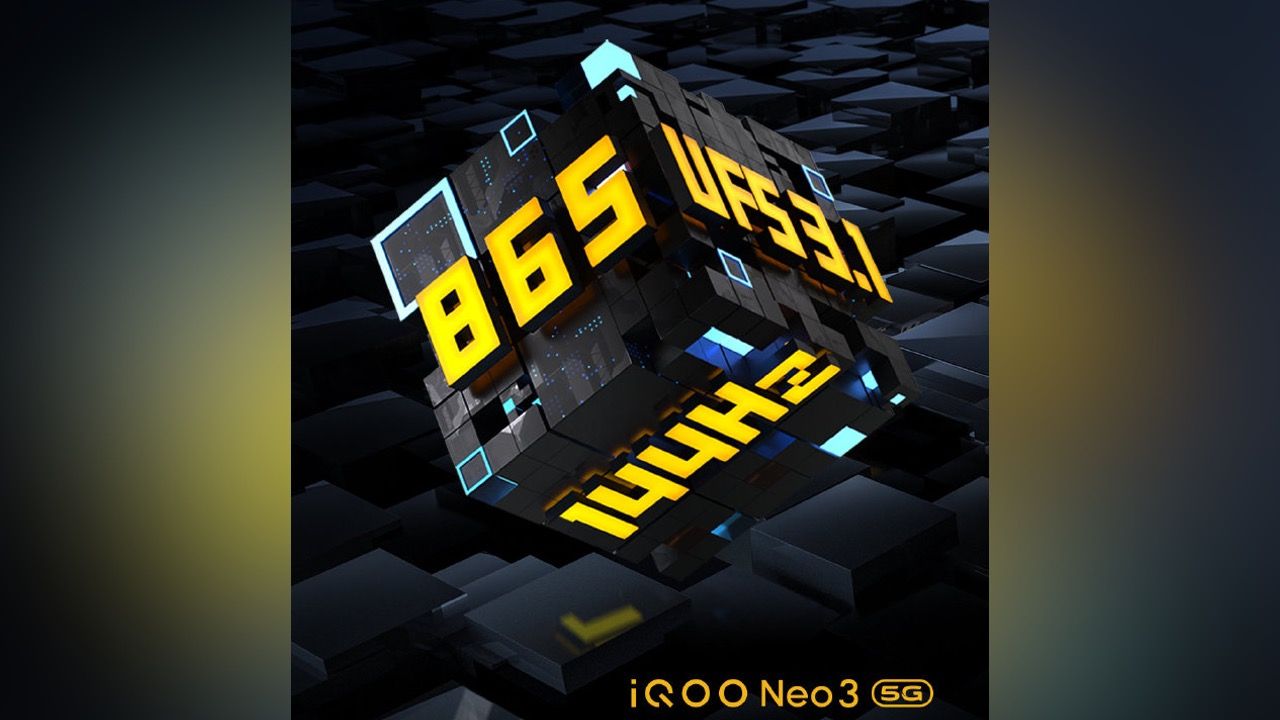 Vivo’s spin-off brand, iQOO is set to launch its next flagship smartphone, the iQOO Neo 3 5G on April 23 in China. The successor to the iQOO Neo, the Neo 3 features a high-refresh-rate screen, top-of-the-line Snapdragon 865 chip with 5G support. iQOO recently brought it’s flagship iQOO 3 to India which is powered by the same flagship processor, however, misses out on high-refresh-rate display.

As per the launch invite shared by iQOO on Weibo, the phone is revealed to be powered by an SD865 chip with a 144Hz refresh rate display and UFS 3.1 storage. The phone also supports dual-mode 5G SA/NSA, however, not many countries including India have operational 5G networks.

The Neo 3 features a punch-hole cutout for the selfie camera, according to a previous leak and could come with support for 55W fast charging, courtesy of the Super FlashCharge solution.

With a high 144Hz refresh rate screen, the Neo 3 is only the second phone of it’s kind, the first one being Nubia Red Magic 5G that was announced in March 2020. Regardless, phones with a high refresh rate haven’t been utilized properly due to the lack of support for complementing games. And while that is expected to change in due course with more game developers now going the mobile way, there aren’t many enjoyable games that are tuned for high refresh rate screen.

As for the other specifications, iQOO hasn’t revealed anything more yet, however, we can get an idea based on its last launched device, which happens to be the iQOO 3.

A flagship phone, by all means, the iQOO 3 features a Super AMOLED screen topped with Gorilla Glass 6, powered by Snapdragon 865 with upto 12GB RAM and 256GB storage options and 48MP quad-camera setup. The phone is fitted with a 4,400mAh battery with support for 55W fast charging out-of-the-box. The phone is priced starting at Rs 38,990 in India.