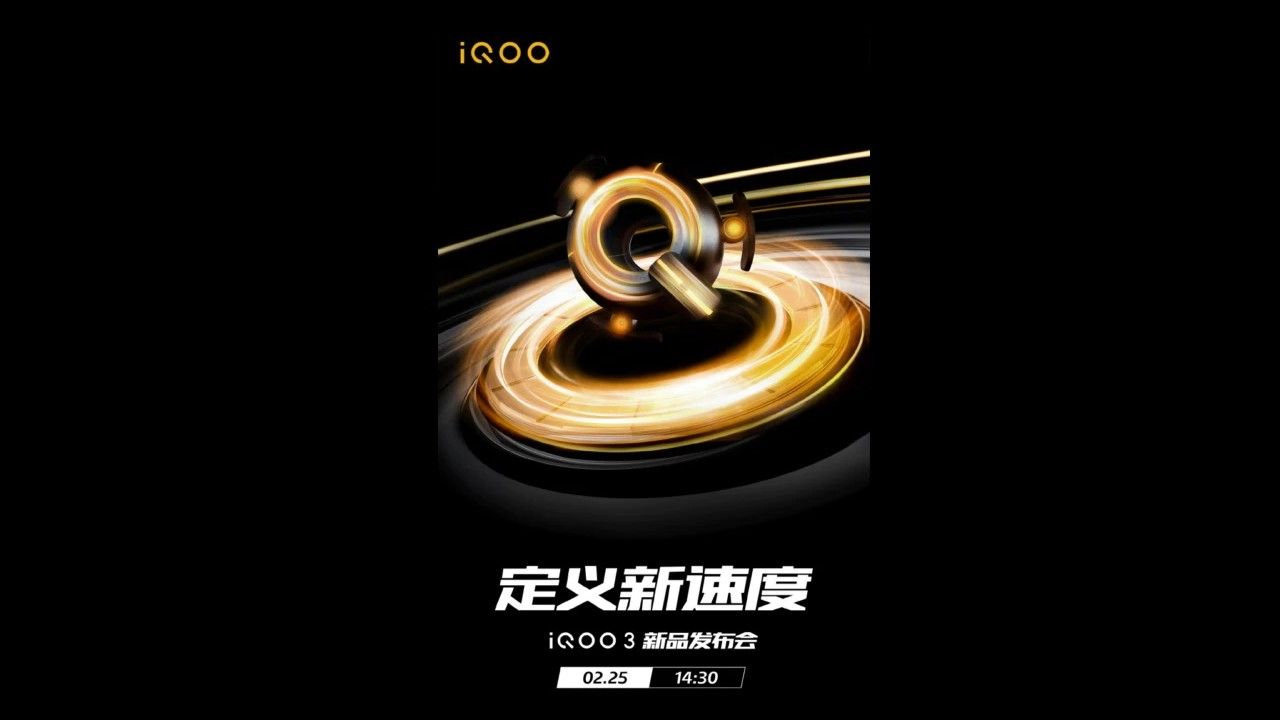 iQOO 3 to launch in India on February 25.

The handset will sport a quad rear camera setup with a 48MP primary sensor.

iQOO 3 has a confirmed India launch date. The company has announced that its upcoming 5G smartphone will be launched on February 25. A new teaser page for it has also gone live on Flipkart, which suggests that the handset will be sold in India via the online retail platform. While the same launch date was previously set only for the Chinese market, the company has now revealed that it will be launched in India on the same day. The handset has already been confirmed to sport a quad rear camera setup with a 48MP primary sensor. Recently, iQOO 3 teaser also gave us our first look at the device's camera setup. Separately, the smartphone was also spotted on Geekbench.

The new teaser page for the handset on Flipkart hints at a Snapdragon 865 SoC, which is already known. Additionally, the launch timing is set for 12PM on February 25. iQOO previously took to Weibo to share the launch date of its upcoming 5G smartphone. The event will take place on February 25 at 2:30 PM CST. We expect the device's India launch stream to be live-streamed via the company's various social media channels.

Earlier teasers have suggested that iQOO 3 will feature a 3.5mm audio jack on the top, which is supplemented by a secondary microphone. The volume rockers and a red-coloured power button will be placed on the right side. The teaser image also showcases a quad rear camera setup with an LED flash. The handset is likely to sport a 48MP primary sensor. Moreover, iQOO 3 5G is tipped to come with UFS 3.1 storage.

The handset was also spotted on Geekbench. iQOO is listed to be powered by a chipset named “kona”, which is the codename for the Snapdragon 865 chipset. According to the listing, the iQOO 3 5G will be equipped with 12GB RAM and run on Android 10. However, as per the TENAA listing, it could come in 6GB and 8GB RAM variants. The smartphone is tipped to have an in-display fingerprint sensor and a hole-punch display design.