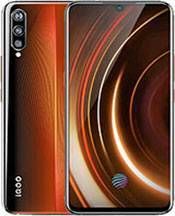 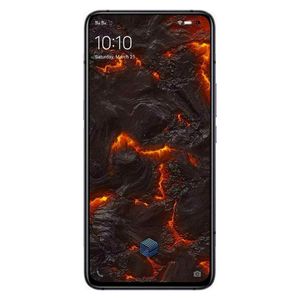 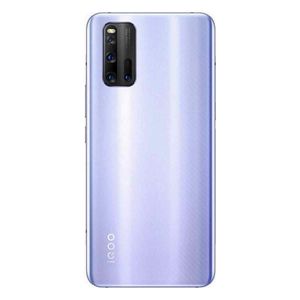 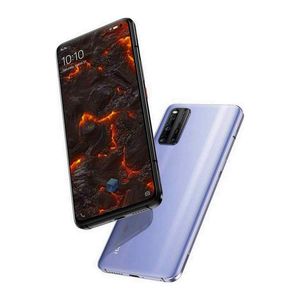 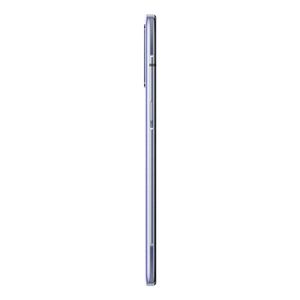 With impeccable hardware that puts the user at the cutting edge of smartphone technology, the iQOO 3 5G ticks all the boxes for a heavy user — Excellent gaming capabilities, fast app loading and switching, responsive UI, a compact design and above average cameras. 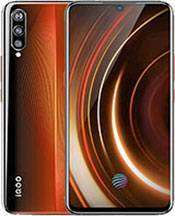 IQOO has launched a new 5G phone called the IQOO 3 5G in India. The smartphone supports 55W fast charging technology and is backed by a non-removable Li-Po 4440 mAh battery. The device was spotted on China's Telecommunication Equipment Certification Center (TENAA) last month with the model number V1955A. The listing revealed that the smartphone is bundled with a 55W charger with model number V5550L0A0-CN. The smartphone was launched in India on

25 Feb 2020. The phone is powered by a Qualcomm Snapdragon 865 chipset and has a 48 MP main camera. The phone packs up to 12 GB of LPDDR5 RAM and up to 256 GB UFS 3.1 onboard storage. The device is available for purchase on Flipkart and iqoo.com in India. The IQOO 3 5G comes with a sheet of glass with a gradient pattern. The phone is available in three different colours including Tornado Black, Quantum Silver, and Volcano Orange. It has a 6.44-inch FHD Plus display with 2400 × 1080 pixels resolution and a 2.5D curved glass. The phone supports HDR10+ video playback.

The iQoo 3 5G smartphone weighs 214.5 grams. It has a 6.44-inch AMOLED display which has a tiny hole-punch for the front selfie camera. The phone comes with Corning Gorilla Glass 6 for added protection. It has thin bezels. The phone has a 3.5mm audio jack on the top, and the USB Type-C port and loudspeaker are placed at the bottom. It has a quad rear camera setup. The device packs in a 4,440mAh battery and comes with a 55W “Super FlashCharge” charger in the box.

IQOO has already launched the iQoo Neo 855 with 33W fast charging support in India under the IQOO sub-brand which is known for providing new gaming experiences.  The Iqoo Neo 855 smartphone has a 6.38-inch display, a Qualcomm Snapdragon 855 processor and runs Android 9.0. It has a triple rear camera setup and a 16 MP front camera.

The phone has a 6.44-inch full-HD+ Super AMOLED display with 1200 nits peak brightness. It is HDR10+ enabled and has an under-display fingerprint sensor for added security. The phone has a glass front, glass back, and an aluminium frame. It has 16M colours and an 84.3% screen-to-body ratio. It weighs 214.5 grams and has 158.5 x 74.9 x 9.2 mm dimensions. It has been launched in Tornado Black, Quantum Silver, and Volcano Orange colours.

The iQOO 3 has an octa-core processor clocked at 2.84 GHz, which is the Snapdragon 865 SoC that is designed for gaming. The smartphone boots Android 10, comes with 6 GB, 8 GB or 12 GB RAM options. The new chipset comes with Qualcomm Snapdragon Elite Gaming features which bring desktop-level gaming to mobile with ultra-realistic graphics, says Qualcomm. The phone runs on the Android 10.0 based company’s proprietary Funtouch 10.0 OS.

The device has been launched in multiple variants with UFS 3.1 storage (128 GB or 256 GB), 6 GB / 8 GB / 12 GB RAM, A listing on TENAA had revealed that the phone supports 55 W charger. It draws power through a USB-C port and supports fast charging as well. The device has a non-expandable memory. The phone comes with 5G support and 4440 mAh battery with 55W fast charging support that the company claims up to 50 percent in just 15 minutes.

The smartphone has a number of connectivity options in terms of Wi-Fi, 3G, 4G, GPS, NFC, and Bluetooth capabilities. It supports 5G technology. The dual sim with dual standby phone accepts nano sim cards in both sim trays and supports 4G technology in both sim cards as well.

The gaming brand ‘Iqoo’ had posted a number of teasers of the phone before its launch. The device has been launched with 5G connectivity in China. However, in India, the iQOO 3 is powered by the latest Qualcomm 865 chipset with the Snapdragon X55 modem. The phone is being touted as the first 5G smartphone in India.

This is the latest and most advanced 5G platform by Qualcomm. The Snapdragon X55 5G Modem-RF System can achieve multi-gigabit speeds of up to 7.5 Gbps. It has support for Dynamic Spectrum Sharing (DSS) Snapdragon X55.

iQOO 3 5G has the 3.5mm headphone jack at the top which is next to the secondary microphone. The phone comes with a loudspeaker. It supports Wi-Fi Direct, hotspot, Wi-Fi 802.11 dual-band, Bluetooth 5.0, and USB Type C reversible connector. The phone comes with NFC for ease in file transfer with compatible devices. The device doesn’t come with a Radio.

The company adds that the iQoo 3 is meant for gaming enthusiasts and comes with onboard touch-sensitive buttons called Monster Touch buttons. It has also added an Ultra Game Mode in the phone and Carbon Fiber VC Liquid Cooling technology which the company says brings the CPU temperature by 12 degrees Celsius.

The phone has an under-display optical fingerprint sensor. It also has a gyroscope, accelerometer, proximity, and compass sensors.

It is no secret that the Vivo S9 is scheduled to launch on March 3. And ahead of its launch, the company has teased the device revealing the rear panel design of the Vivo S9...

The Google Pixel 5a could launch soon as pictures of the alleged affordable phone have allegedly leaked. The Pixel 5a is expected to be a toned-down version of the Pixel 5 that launched last year, however,...