Huawei P20 Pro with triple-camera setup to launch in India on April 24, will be Amazon exclusive

The world's first phone with a triple-camera setup, Huawei P20 Pro, is all set to launch in India and will be an Amazon exclusive. 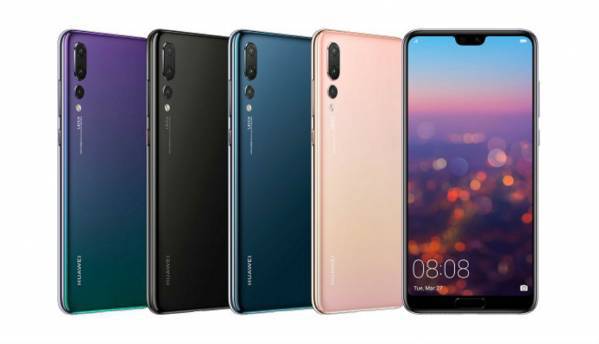 Huawei P20 Pro(₹ 59999 at amazon), the world’s first triple-camera smartphone is set to launch in India on April 24. The company has sent out an invite with the tag “See Mooore”  with the O made to look like three cameras, indicating it will be Huawei’s  new flagship which launched in Paris last month. The phone will be an Amazon Exclusive in India.

While Huawei launched three phones last month, it seems only two of them will make their to India. The flagship P20 Pro and the more affordable P20 Lite. The P20 Pro will be priced similarly to a premium flagship if global pricing is an indication. It competes directly with the Galaxy S9 and the iPhone X, replete with an all-glass design and a display notch. The P20 Pro rocks a 6.1-inch OLED panel of 18:9 aspect ratio and FullHD+ resolution. Despite sporting a notch, the phone doesn’t skip out on the home button with the reliable fingerprint sensor on top.

The P20 Pro will be available in black, midnight blue, pink gold and twilight colour variants. Under the hood is Huawei’s proprietary Kirin 970 octa-core chipset coupled with 6GB of RAM and 128GB of storage. The phone also has a dedicated neural processing unit to handle AI-based tasks. There’s EMUI 8.1 based on Android Oreo 8.1 on top and the phone is powered by a 4,000mAh battery with wireless charging support.

The focus of the P20 Pro is expectedly the triple camera setup made in collaboration with Leica — A 40-megapixel RGB sensor of f/1.8 aperture, a 20-megapixel monochrome sensor of f/1.6 aperture and an 8-megapixel telephoto lens with f/2.4 aperture. There is a colour temperature sensor and the tri-camera setup allows for 3X optical zoom and 5X hybrid zoom. There’s also six-axis stabilisation and 960fps super slow-motion video support. On the front you get a 24-megapixel selfie camera with 3D portrait lighting and AI beautification.

You can read our first impressions of the P20 Pro here.

The P20 Lite, on the other hand has a dual camera setup at the back, a 16-megapixel and 2-megapixel sensor combo with the secondary sensor acting as a depth sensor. It will be a more affordable offering with the price expected to be somewhere around Rs 20,000. The phone was launched in black, blue, and pink colour variants and rocks a 5.84-inch FullHD+ display of 18:9 aspect ratio with a display notch on top. Under the hood is a Kirin 659 chipset with 4GB of RAM and 64GB of storage. All this is backed by a 3,000mAh battery.