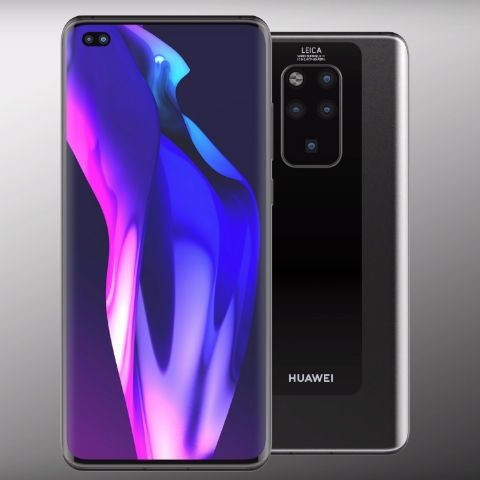 Huawei may be on a sticky wicket currently but latest developments are now showing that even though it’s in deep waters, the company has a contingency plan to bounce back. The first news is related to its second flagship of the year, which is likely to be called the Mate 30 Pro. The design of the phone has been leaked in a concept render, and a media report has said that the device will sport a display with a refresh rate of 90Hz. The other development is regarding the P30 Pro whose 6GB and 12GB RAM variants have been spotted on TENAA. Let’s discuss both of these in detail.

It seems that OEMs have now decided to up the camera hardware game in smartphones. We have already seen a large square-shared camera module in the Mate 20 Pro, and a similar one is rumoured to come in the next iPhone series. Moreover, Google has already confirmed that the Pixel 4 phones will also have a massive four-cornered camera module, which looks a lot like the one reported on the iPhone.

A video has now surfaced showing the concept renders of the Mate 30 Pro. The 1:17-minute video shows a device with a rounded rectangle camera module encasing four sensors and an LED flash. Although the specific lens parameters are not known yet, it is said to support 5x optical zoom and 50x digital zoom -- just like in the P30 Pro. 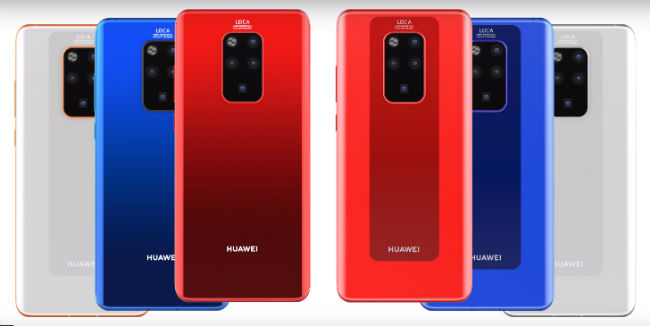 Further, the video suggests that Huawei might launch these phones in various colours and designs. It might be offered in Black, Red, Gold White, Blue, and Chrome White colours with a semi-frosted rear panel. The Blue and Red colours are claimed to be available with gradient design as well.

When seen from the front, the phone looks a lot like the Galaxy S10+. It has a pill-shaped punch-hole display with curved edges and thin bezels on the top and bottom. However, the pill-shaped opening is located on the top left corner. In the Galaxy S10+, the punch hole is on the top right corner. The front shooter is said to come with the face recognition feature.

A media report says that the phone will sport a 6.7-inch AMOLED display supplied by BOE and it could sport an in-display fingerprint sensor as well. The display is said to have a 90Hz refresh rate, just like the OnePlus 7 Pro. Under the hood, the phone is expected to come equipped with the Kirin 985 processor coupled with the Balong 5000 5G baseband chip. Recently, a report said that the handset might come equipped with a 4200mAh battery with 55W quick charging support.

The TENAA listing shows a phone with model number VOG-AL00m having the same specs as the original P30 Pro. It houses a 6.47-inch AMOLED display with waterdrop notch and 1080 x 2340 pixel resolution. Reportedly, the Huawei P30 Pro may launch in 6GB RAM + 128GB/256GB storage and 12GB RAM + 512GB storage variants.