The Honor 7X Red Limited Edition will be sold via Amazon India, but the exact date of availability is not yet known. 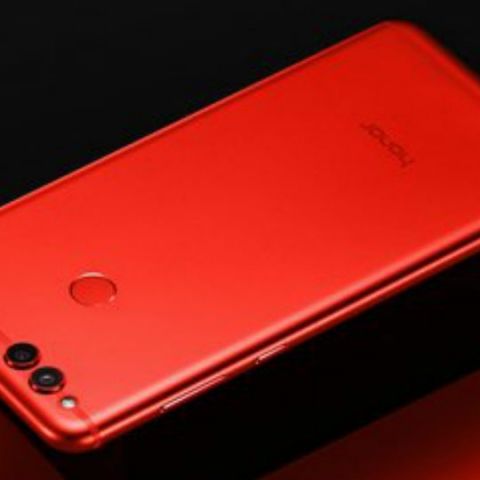 Honor has launched a new red colour variant of its Honor 7x smartphone. Called the Red Limited Edition, the device is priced at Rs 12,999. The phone will be sold via Amazon India, but the date of availability is not yet known. Currently, the phone is available in Blue, Black and Gold colours.

Specification-wise, the new Red Edition should be identical to the standard Honor 7X smartphone. To recall, the smartphone was launched in India back in December last year and offers a 5.93-inch display with a resolution of 2160 x 1080 pixels and an aspect ratio of 18:9. The phone is powered by a HiSilicon Kirin 659 SoC and offers a dual-rear camera setup with 16MP+2MP cameras. At the back is a single 8MP camera. The phone is available in two variants, one with 3GB RAM/32GB storage and another with 4GB RAM/64GB storage. The phone was launched with EMUI 5.1, which is based on Android Nougat. However, Honor has announced that it would roll out the Oreo-based EMIUI 8 update for the phone.

You can read our review of the Honor 7X here.