HMD Global announced four new phones in India ahead of the festive season. The lineup includes two smartphones, The Nokia 5.3 and Nokia C3. And two feature phones, Nokia 150 and Nokia 125. 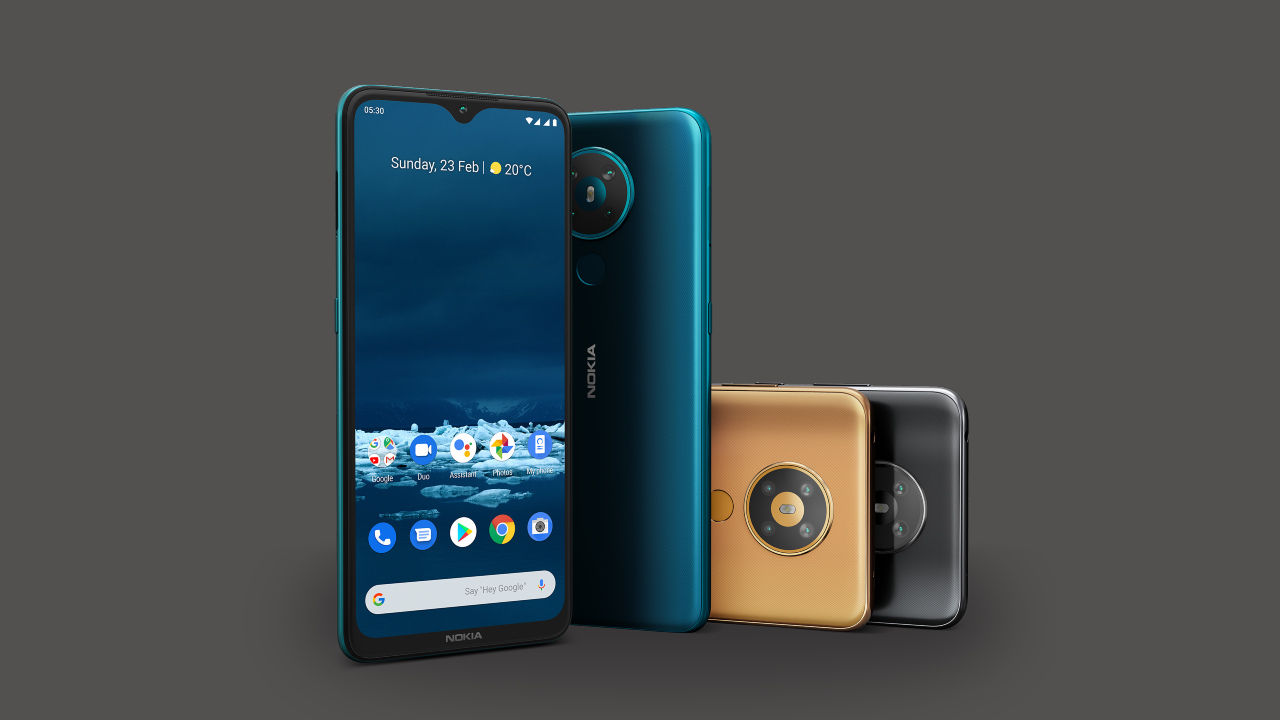 HMD Global has announced four new Nokia phones for India which includes two 2G feature phones and two smartphones. In recent times, Nokia has been focused on the feature phone segment in India, where it continues to commands a large chunk of market share, but has ignored the smartphone side of things till now. The Nokia 125 and the Nokia 150 are the two new feature phones that make their debut today, while the Nokia 5.3(₹ 11998 at amazon) and the Nokia C3 are the Android offerings, priced starting Rs 13,999 and Rs 7,499 respectively.

Introducing a range of 4 new Nokia phones. There's one for everyone. #Nokiamobile pic.twitter.com/qjvHPoR30R

The Nokia 5.3 launched earlier in London as part of Nokia’s post-COVID online event for Europe, alongside the 5G-enabled Nokia 8.3 which just so happens to be James Bond’s smartphone of choice in the upcoming film, “No Time To Die”. That seems unlikely to be coming to be India anytime soon though.

The Nokia 5.3 (review) is a mid-range smartphone powered by the Qualcomm Snapdragon 665 with a 6.5-inch HD+ LCD display, a quad-camera setup and a 4,000mAh battery. The smartphone sports a matte plastic body and a waterdrop notch on the display. There’s also a dedicated Google Assistant button and a breathing notification light on the power button. HMD has announced 4GB and 6GB RAM variants, both with 64GB storage eMMC 5.1 storage. The Nokia 5.3 will be available in Cyan, Sand and Charcoal colours.

As for the camera, the Nokia 5.3 comes with a 13MP primary camera, a 5MP ultrawide lens and two 2MP cameras for macro and portrait photos. On the front is another 8MP camera for selfies.

The Nokia C3 is an entry-level smartphone with a UNISOC SoC that runs on Android 10, made available first in India. It’s an offline-only smartphone that offers a 5.99-inch HD+ LCD display and comes in two variants — 2GB+16GB, 3GB+32GB. The smartphone is powered by a 3,000mAh battery and comes with a dedicated Google Assistant button and a rear-mounted fingerprint sensor.

The Nokia 125 is a 2G feature phone with a 2.4-inch colour display, with an ergonomic design and bigger buttons. You get the classic Snake and other games, and wireless FM radio. The Nokia 125 can save up to 2,000 contacts and 500 SMS messages.

The Nokia 150 goes a step higher with the addition of an MP3 Player and a VGA camera, and up to 32GB expandable storage. The Nokia 150 is also a 2G feature phone with a polycarbonate exterior and large keys.

The Nokia 5.3 will be available on Amazon.in and Nokia.com in two variants — 4+64GB and 6+64GB priced Rs 13,999 and Rs 15,999 respectively. You can pre-book the smartphone on both platforms from today and sale will begin from September 1. There are additional benefits from Reliance Jio up to Rs 4,000 on a Rs 349 plan. That includes Rs 2,000 instant cashback and Rs 2,000 worth vouchers from partners, for both new and existing Jio subscribers.

The Nokia C3 is being offered in Nordic Blue and Sand colour options with two variants to choose from — 2+16GB, and 3+32GB priced Rs 7,499 and Rs 8,999 respectively. It will be available on Nokia.com and from offline retailers in India starting 17th September. The phone comes with a 1-year replacement guarantee.